You are the owner of this article.
Edit Article Add New Article
1 of 2 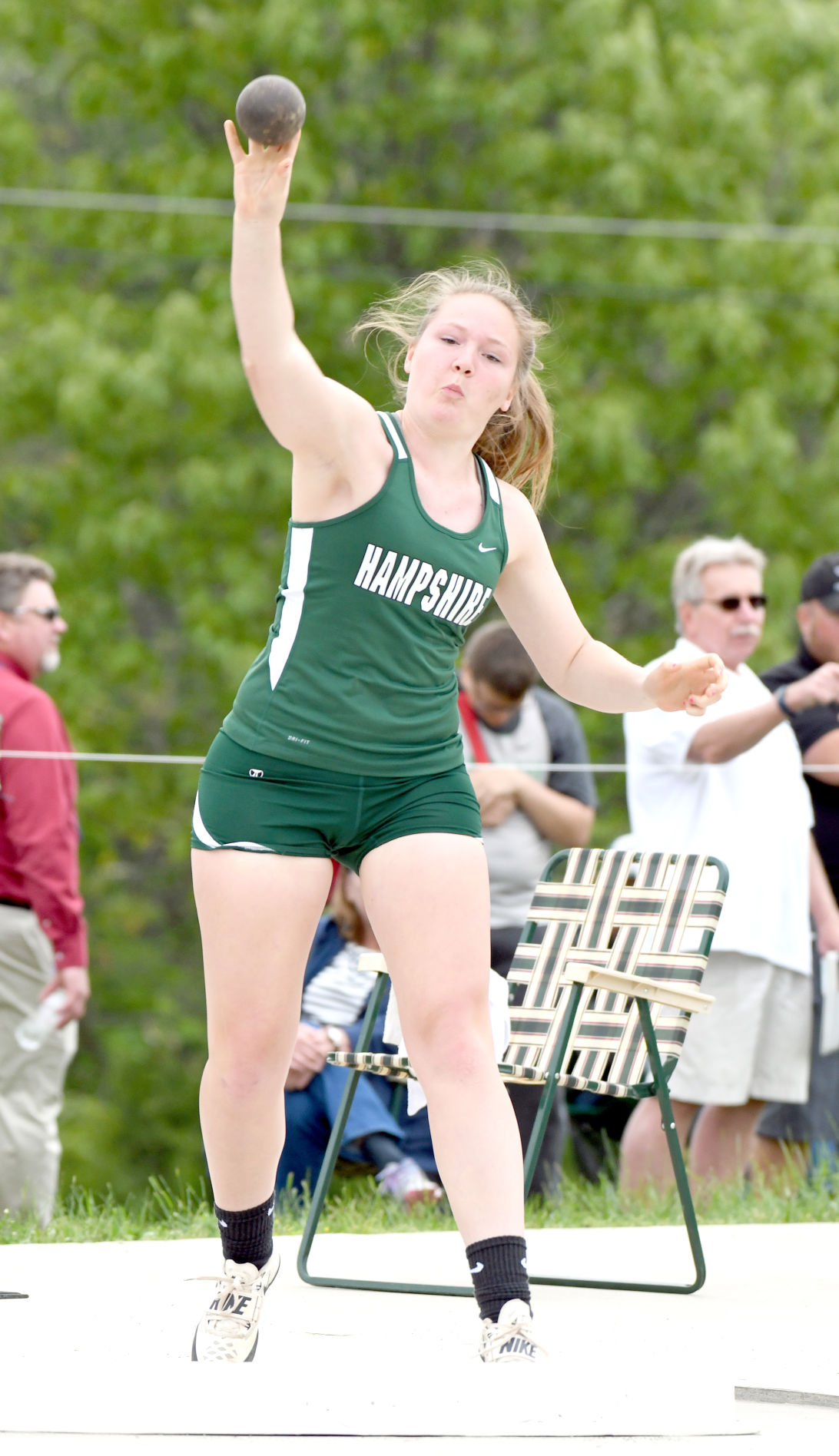 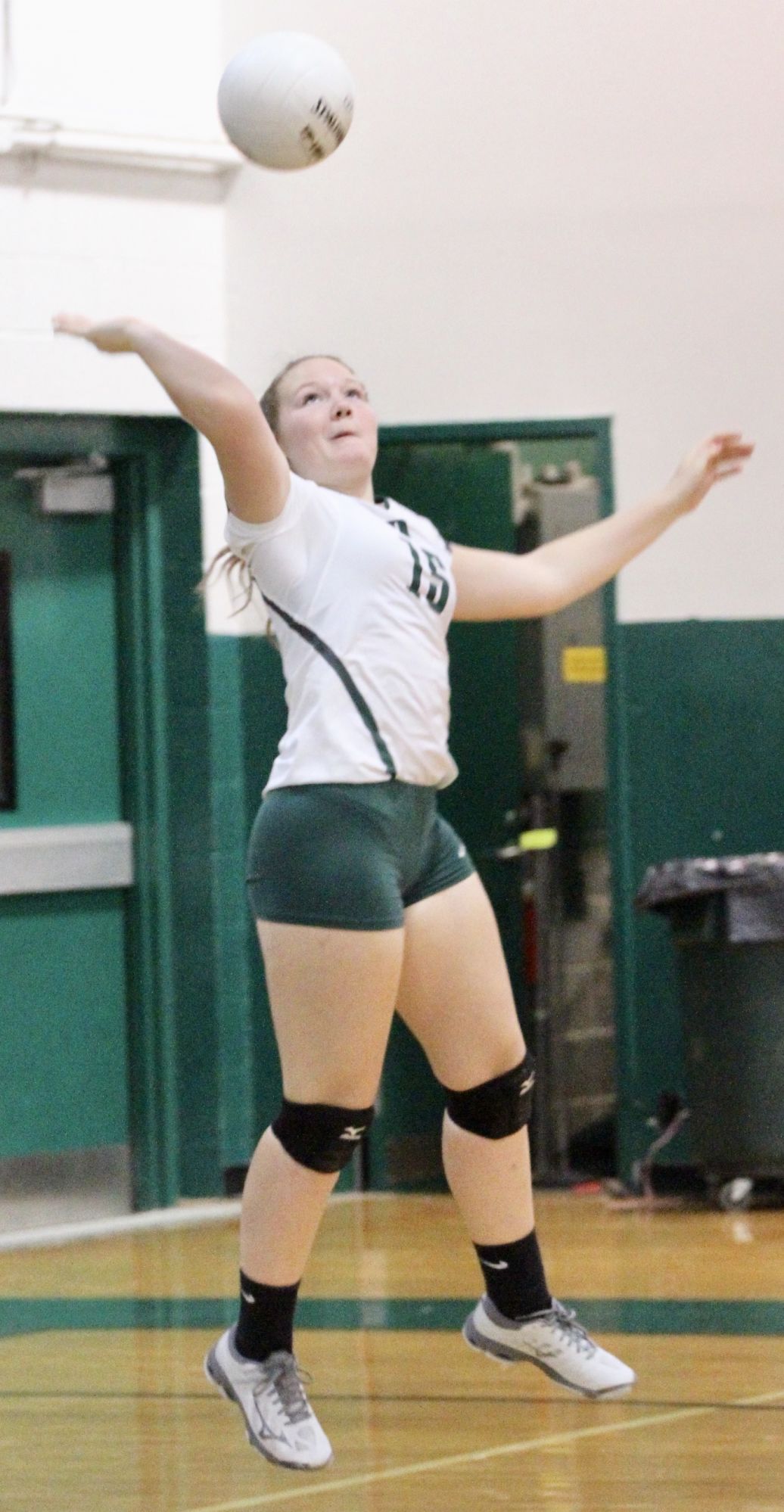 Kaley smacks a serve against Washington.

Kaley smacks a serve against Washington.

With her senior year practically devastated, why didn’t Kaley say a word?

Perhaps it’s because Kaley has a little more perspective than most high school seniors, with these obstacles appearing minor given the hurdles she has overcome in her life. Humble, kind, smart, hardworking and a scholar-athlete: that’s the Kaley McDermeit most people know, though many may not know about the challenges she has faced head-on in her 18 years.

“My mom was in a car accident, and the way the airbag hit her left her paralyzed from the neck down from a pinched nerve,” explained Kaley.

That automobile accident not only wrecked her mother’s physical capabilities but also destroyed Kaley’s normal daily life. From that point forward, Kaley’s mom lived in Roanoke, where they had proper facilities to keep her alive.

“We would have to travel 3-4 hours each time just to see her because there were no vent facilities here in West Virginia,” she recalled. “Everything changed for me. I went from living with my mom, who was basically my only parent growing up, to basically being alone. I had no one. I got moved from relative to relative until finally my grandparents took me in.”

When Kaley stayed in Keyser, she lived with her grandparents, Bertha and John Foote, and when she stayed in Romney, Kaley lived with her maternal grandmother, Susan McDermeit. The living situation was a challenge to say the least, but Kaley never looked for pity. Instead she tried to put herself in her mother’s shoes as Misty struggled to stay alive.

“Obviously, it’s upsetting,” Kaley stated, referring to her living situation, “but it’s not that upsetting because I just had to think about my mom and her whole life. She can’t move anymore, can’t feel, so I was more focused on jumping into what she needed and trying to be what she wanted me to be.”

In the back of her mind, she always knew that her mother might not get to see her graduate.

“My grandmother Susan would sit me down and talk to me about my mom and how she probably wouldn’t make it to senior year, but I never really thought it would be a thing. The life expectancy of paraplegic and quadriplegic people isn’t that long, but I just thought she would always be there.”

A couple of months before her junior year, Kaley spoke to her mother about withdrawing care.

“She didn’t really talk to me about it too much, but a couple of months before she passed, she pulled me into the room and asked me what she should do, and obviously I couldn’t answer that; it’s not my choice,” said Kaley.

Prior to the 2018 fall semester, Kaley was in the Hampshire High gymnasium going through volleyball drills when she noticed her aunt walk into the building.

“Instantly, I knew what happened,” said Kaley. “Ms. Fuller tried to help me, and my teammates were crying, it was just terrible.”

Her classmates quickly came to console her, especially her best friend Taylor Richman.

“When Kaley’s mom passed away, I think I helped her the most by keeping her busy and helping her see the brighter side of everything,” said Richman. “Almost the entire volleyball team came to the celebration of life, which I think meant a lot to her. I was close to Kaley throughout the entire time from the time it first happened with her mom until the very end.”

The friendship between Taylor and Kaley is a special bond, whether it’s sharing stories about volleyball, eating ice cream or reading each other’s diary.

“We’ve been best friends since elementary school, and have been through a lot of good times together and a few bad times which has always made our friendship stronger,” added Richman. “All that Kaley has been through has made her such a strong person, and she’s helped me see things through a different perspective. She’s a very helpful and kind person, not only when it comes to school, but life in general.”

Life in general has been unfair to her, but instead of complaining about the unfair circumstances, Kaley continues to press forward.

Although Kaley deserved a standing ovation for her efforts both academically and athletically, Kaley said she was honored just to be named the HHS student athlete of the year.

“It felt good, like all of my hard work finally paid off,” said McDermeit after being recognized.

The scholar athlete award came as a shock to Kaley, as she kept her nose to the grindstone focusing on her studies and sports instead of worrying about an award.

“It was a big surprise to me. I didn’t even expect to be 3rd in my class. I thought I might be 13th or something,” she said with a smile.

“Kaley is a determined and hard worker both academically and physically. It was no secret that she took her academic success very seriously. It was, however, a bit of a pleasant surprise that she finished with such an incredibly high rank only because I never really hear her talking about herself in those terms. She was always very modest and excelled quietly,” said Fuller.

While her efforts in the classroom have been exemplary, a top sports memory from Kaley was at a volleyball game against Shady Springs last year.  Coach Fuller inserted her into the lineup in the back row and her job was to distribute the ball.

“One of those Shady Springs girls spiked the ball and nailed me, yet the ball just went up in the air perfectly,” she explained. Whether Kaley got credit for a dig, an assist, or both, the point was crucial for the Trojans as they went on to win the point.

Humble as always, Kaley refused to take credit: “I don’t know if I saved the game, but it was an important part.”

Volleyball also produced Kaley’s most memorable experience as a teammate when the Trojans knocked off powerhouse Hedgesville in regionals.

“That game was so amazing, I don’t even remember half of it,” she said.

So, what is the next challenge Kaley will overcome? How about a major in biochemistry at WVU?

When her mom spent time at the Shepherd Center in Atlanta doing rehabilitation, it triggered an interest for Kaley’s career path. She said her inspiration to join the medical field was also driven by her desire to help people, similar to those that helped her mother.

“I decided to go to WVU because it’s one of the biggest colleges in the state and it has one of the best medical programs,” she pointed out.

For this newly graduated Trojan, one thing is for certain: no matter the difficulties Kaley will face in Morgantown, she will continue to overcome her challenges, and do so without complaint. o