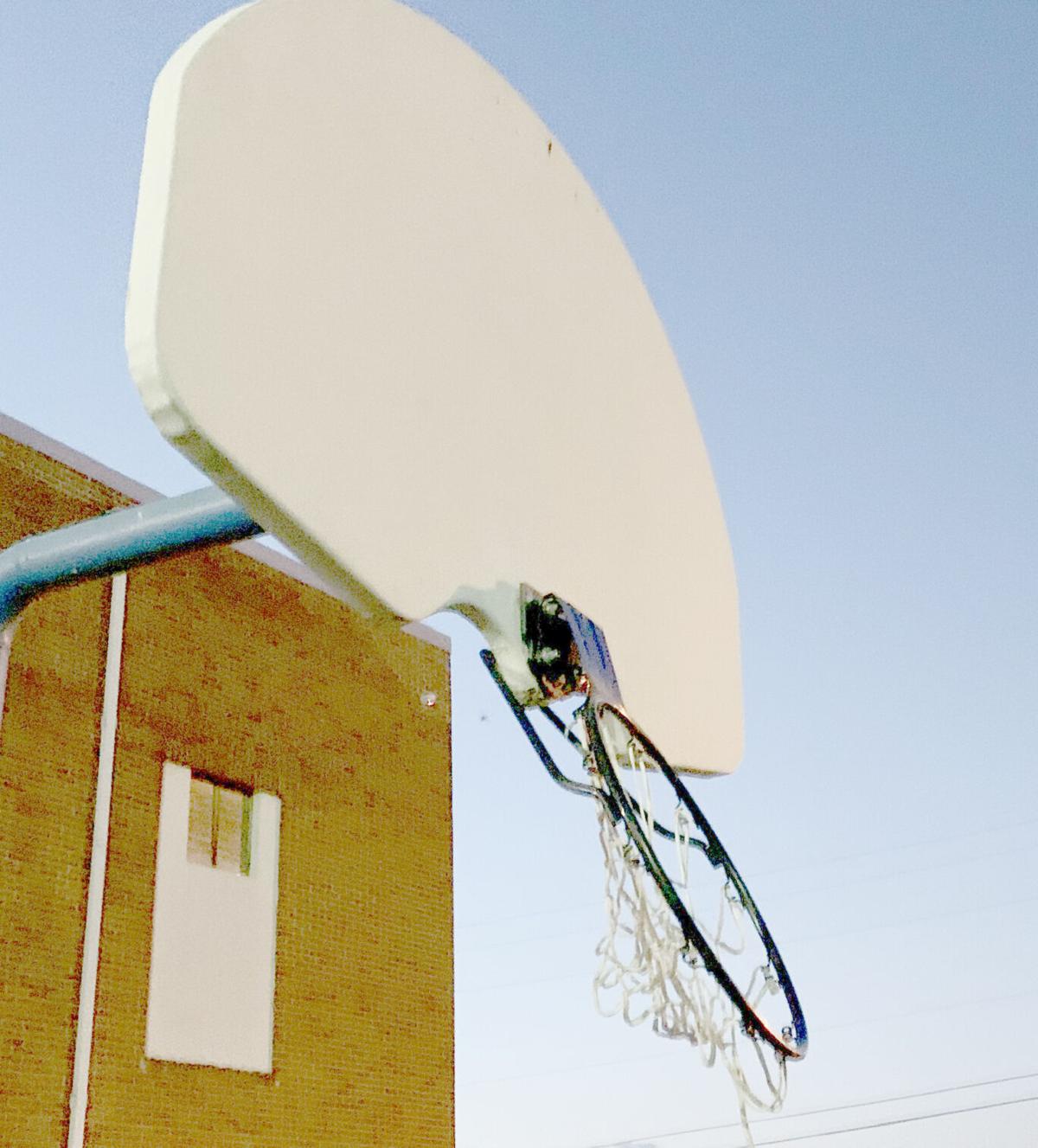 The broken rim outside the Romney elementary school gymnasium. 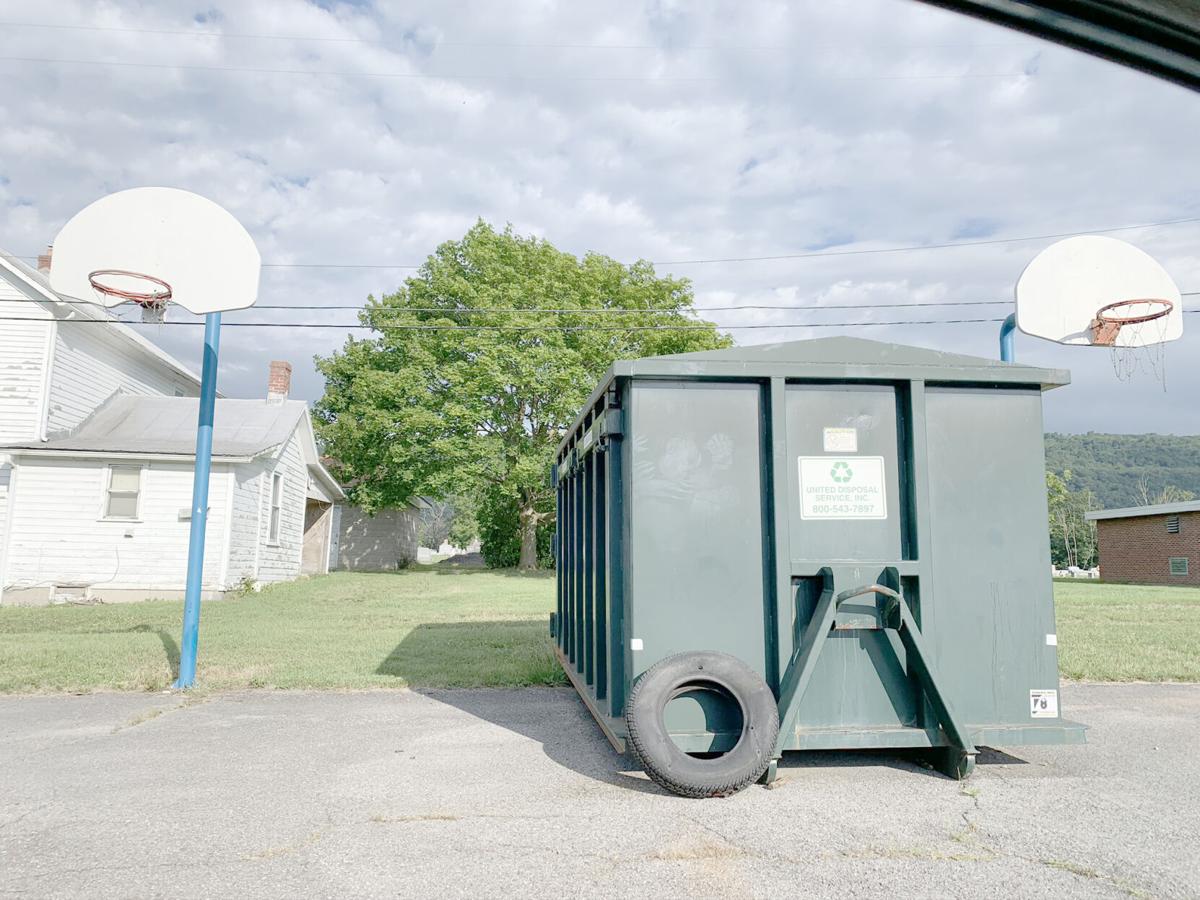 The rims by the dumpster would be a perfect solution to fixing the rims on the basketball court.

The broken rim outside the Romney elementary school gymnasium.

The rims by the dumpster would be a perfect solution to fixing the rims on the basketball court.

When you have nice things, take care of them.

One nice "thing" in Romney IS the silver steel cage that houses 2 basketball courts on School Street.

Pardon me, let me rephrase.

One nice "thing" in Romney WAS the silver steel cage that housed 2 basketball courts on School Street.

On a frosty evening in early March, 4 basketball rims were bent south after Shaquille O'Neal and Darryl Dawkins had a dunk contest against the Romney cagers.

Pardon me, let me rephrase.

On a frosty evening in early March, 4 basketball rims were bent south after an upstanding citizen pulled down the metal cylinders like they were confederate monuments in Portland.

"It's 4 rims Nick, let it go. Kids can play somewhere else."

That's missing the point. The point is when you have nice things, take care of them.

In addition to the local swimming hole just yonder closed for the season, a former town hub for summer activities has less traffic than Indian Mound Cemetery.

Let's give a kid a chance to remove himself from the Nintendo, PS2, Super Nintendo, Sega or Gameboy. (That’s my lineup of game systems). I got no problem with a kid sharpening his gamer skills. A die-hard competitor and sports fanatic like me understands a ton of useful knowledge can be learned from a game like Madden. Football plays, formations, pre-snap reads, play execution, defensive packages, pass coverage schemes, linebacker blitzes, line of scrimmage adjustments, time clock management, situational awareness, play action reads, audible adjustments, man in motion, special teams, and infraction penalties are just a few examples of what kids can learn from video games. Same thing goes for FIFA in soccer or NBA2K for basketball.

(Did I just give some credibility to e-sports being sports? Yikes.)

Are you still waiting for me to get to the point of the basketball rims? ... Okay fine.

I got a solution, but I need a volunteer with big boy tools to get the job done.

Here’s the solution and it doesn’t cost a dime (all board members just edged closer).

It’s perched in the parking lot. Not that one, the other one. Yes that one.

There stands 4 ratchety but functional rims just 500-yards away. Take down the 4 rims in the back corner of the parking lot, and put them where they belong, on a BASKETBALL COURT.

Who’s with me? Let’s haul those puppies down, splash some pumpkin orange spray paint on the metal and reattach those bolts on the basketball court and BINGO. Problem solved.  Here’s my financial offer to help, I will cover the cost of new nets.

My power of persuasion is just above the Mendoza line, but a good deed to better the community should be rewarded with a shout-out on Facebook, Twitter and the Hampshire Review website. That’s an audience of 15,000-plus people.

Basically you will become a local celebrity, just like my dog, Nittany the Pooch.

(By the way, everyone I meet is always more excited to see her than meet me, and honestly, I don’t blame them).

Once the new/old rims are installed, there is a final element to this equation. Remember the point of this column, when you have nice things, take care of them.

Protect the investment of time, effort, money, and resources. If we are going to have a security system, let’s use it. o