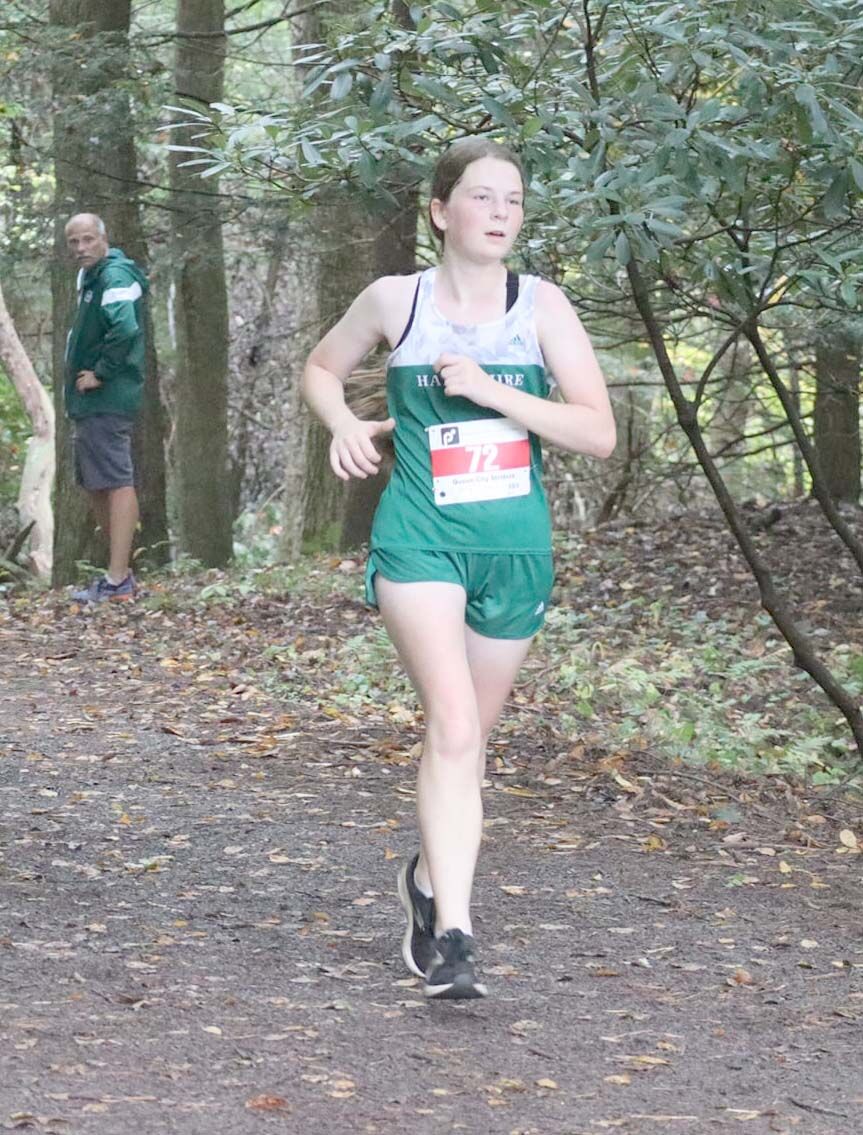 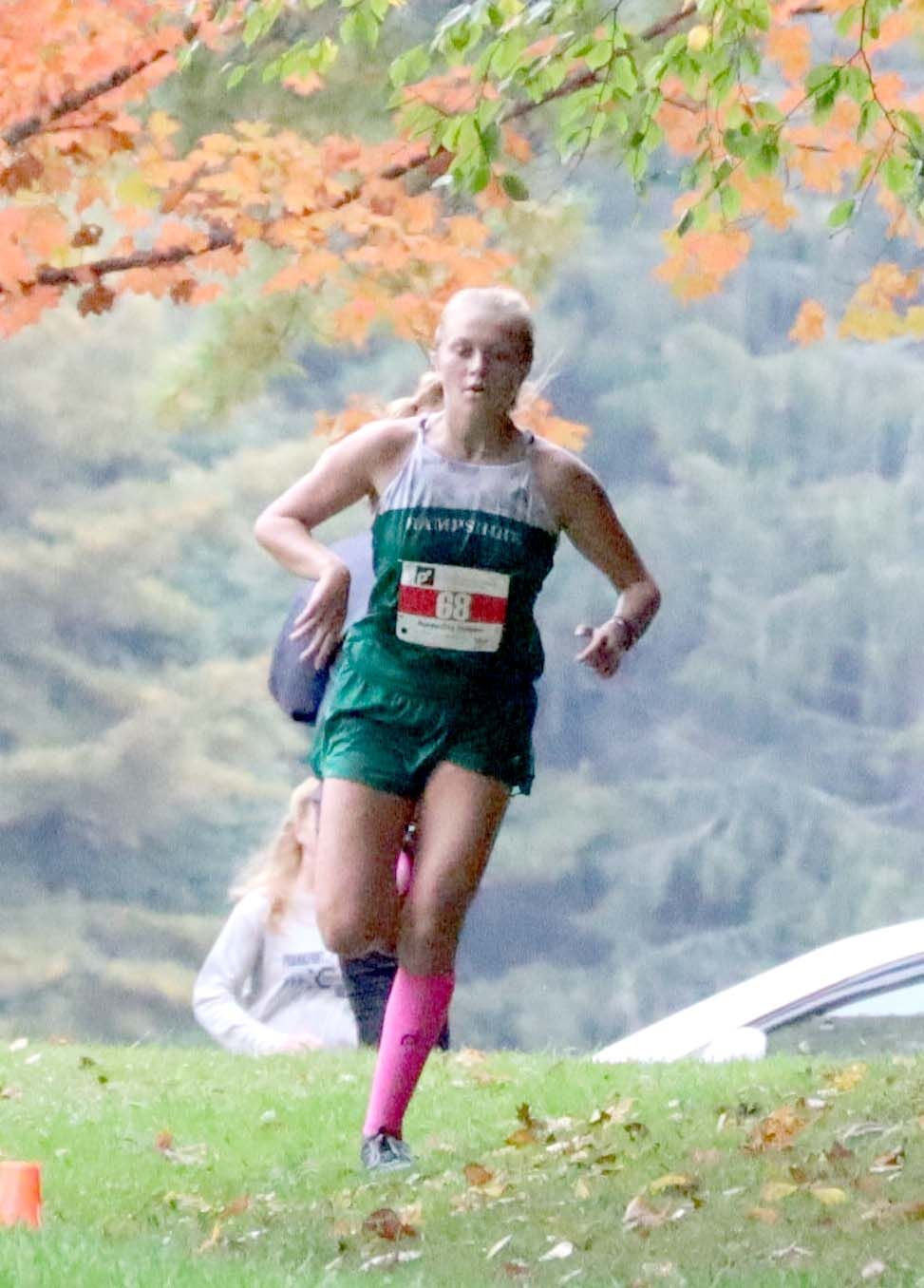 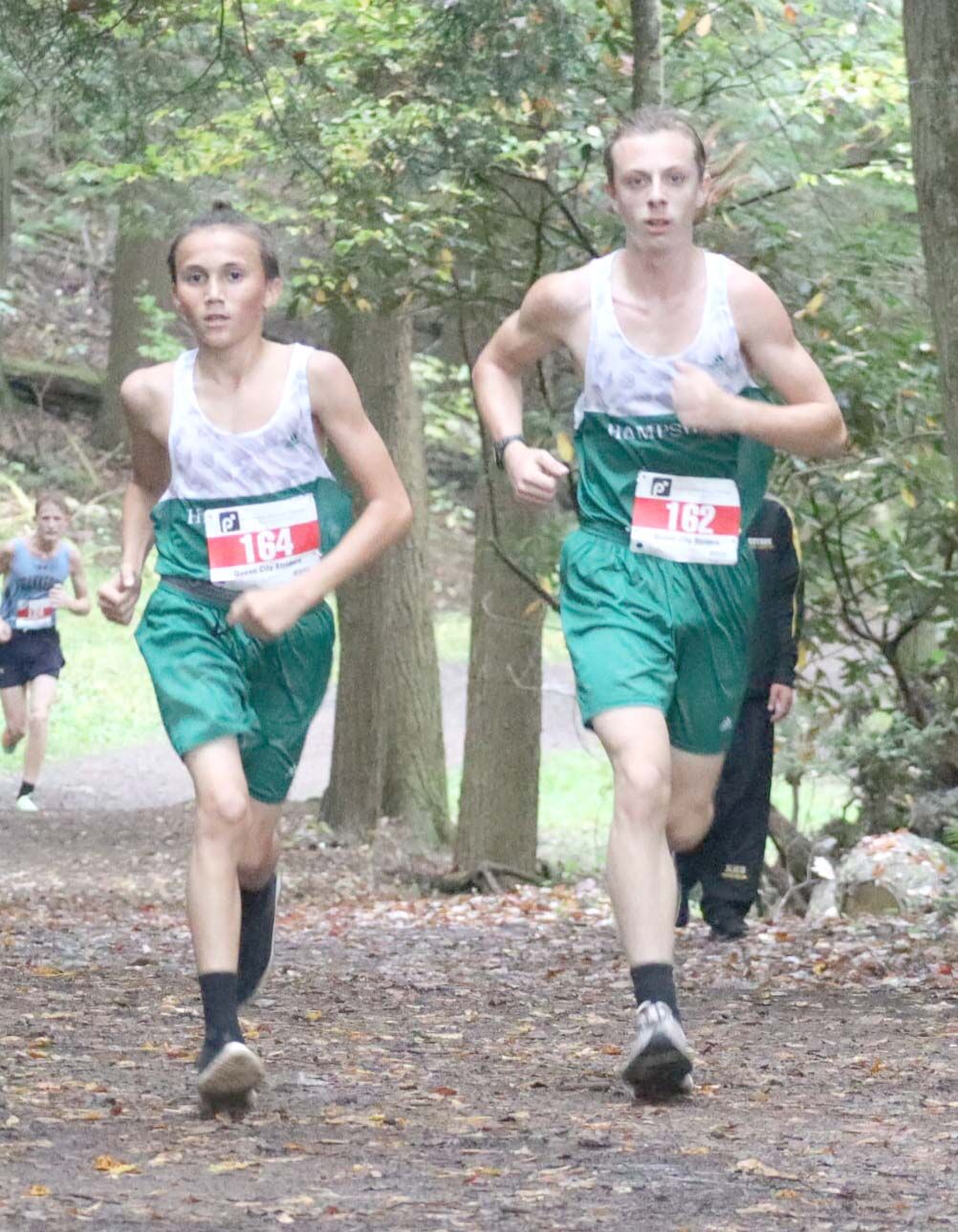 The Frankfort Falcons were the fastest fliers on the course, winning the boys meet with 15 points, and the girls finished with 30 points.

The Hampshire ladies were not far behind the kids from Short Gap, taking 2nd place with 48 points.

“Their improvement has become more and more noticeable each meet. The course was tough, it had a heck of a hill, it was rocky, rooted, and it was one of the more difficult courses they ran this season, but they hung in there.”

Senior Alex Kile, had her patented pink socks pulled up to her knees and ran a terrific race, taking 4th place (23:27).

“We look forward to her upcoming performances at PVC and regional.”

Maliyah Steinmetz was the fastest freshman in the area crossing the finish line in 10th place (24:57). Right behind Steinmetz was Hampshire sophomore Peyton Asbury, who had another impressive performance grabbing 11th overall (25:11).

The season is fast ending and coach Lipps is making sure his kids are peaking by the time regionals roll around.

“We are continuing with speed workouts with some distance and rest mixed in,” explained Lipps on the practice routine this week.

“We are preparing them to be in the hunt at Hedgesville for regionals.”

The Hampshire boys grabbed a spot on the podium and landed bronze with 74 points not far behind Mountain Ridge who took 2nd place with 64 points.

“We finished 3rd and I was happy to see that.”

Coach Lipps was asked about the progress of his young and inexperienced boys’ team, which has only 1 upperclassmen and 0 seniors.

“They are moving forward,” said Lipps.

“They are a lot better at practices than they are at meets, but I think we will see them do much better in upcoming meets.”

The Trojans hosted the Potomac Valley Conference Championship Meet yesterday on the Paul Clovis Trail. Results from the meet will be included in the Hampshire Review next week. ο