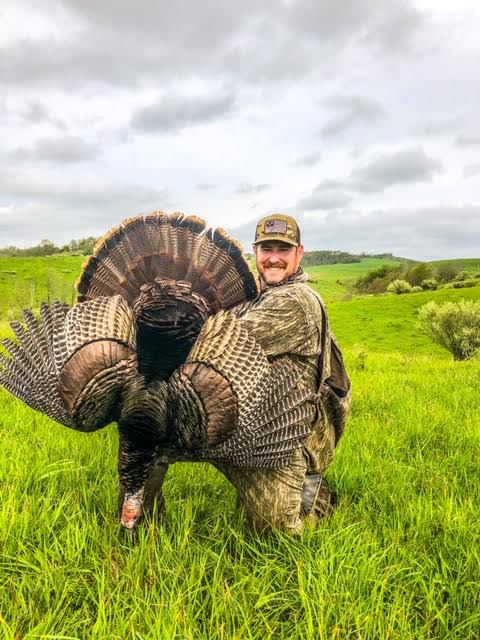 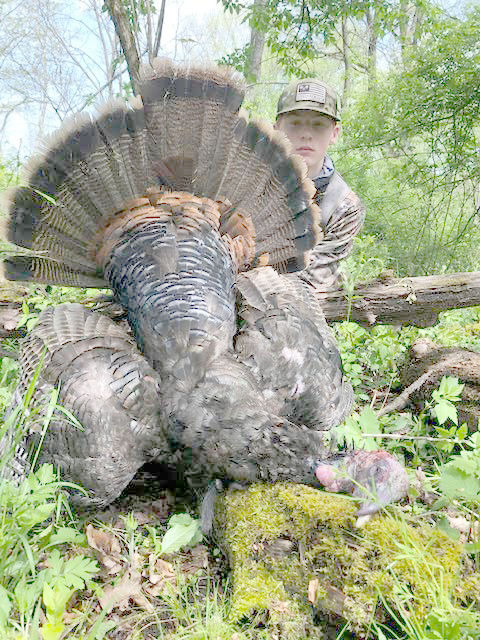 After sitting on the sidelines for a week with all of my tags being punched, I was quite happy when my buddy Joey Charlton invited me to tag along with him and his son J.J. for a long weekend in Ohio. After gaining permission from my wife, Amanda, I excitedly packed my gear with high anticipation for the weekend.

The area we were hunting was around the small town of Flushing, Ohio, which is only 20 miles across the border from Wheeling.  It is rolling cattle pastures, with small pockets of timber, mostly in ravines and swampy areas. On the first day, May 15, we chased a number of birds and came very close multiple times, but just were not able to seal the deal on any of them. Hopes were high for day 2, as we had some intel on where a handful of gobblers had been hanging out, and planned to slip into a good area to listen from in the morning.

The next morning found us sitting on the point of a ridge, listening for gobbles in the surrounding pockets of timber. It was not long before we heard a tom gobbling roughly 500 yards to our east, in what we thought was a fairly large patch of timber. After a few minutes of pondering, we decided to descend the hill and make a move on him, since we had not heard anything closer.

As we neared the large patch of timber we thought the bird was roosted in, we stopped in a much smaller patch of trees to assess the situation. All of a sudden, 2 turkeys flew out of a tree 30 yards from us, and I knew I had screwed up. For whatever reason, I misinterpreted the location of the tom’s gobbles, and we had gotten way too close to him on the roost.

After sitting and licking our wounds for a few minutes, we heard a lone, distant gobble around a swampy area roughly a quarter mile to our east. After a little bit of discussion, we hopped up and took off in his direction.

We walked through a large cattle pasture, and neared the small valley that he was in. I let out a few calls, and he responded immediately, roughly 400 yards away, on the opposite side of the swampy ravine. With little haste, we swung around the backside of the swamp, going almost knee-deep in mucky water, and got on the same side of the ravine as him. The bird continued to gobble on his own, helping us keep his location pinpointed.

We still had to gain a few hundred yards on the gobbler if we were going to be in the game, so we slowly worked our way out the bottom half of the ridge, in order to keep concealed. Once again we encountered a swamp, this one only being 20 yards wide, but much nastier. We decided to grit our teeth, and deal with having wet feet, as we were not far from the bird. Once on the other side, we gained another 75 yards then stopped to figure out our next move.

I decided to let out a few yelps, just to see where the bird’s exact location was, and he gobbled above us in a large field, only 150 yards away. Joey and I immediately began to belly-crawl up the short but steep hill of the ravine.  We slowly crested the hill and peered out into the field the turkey was in. Noticing that we could only see 25 yards due to a roll in the hill, Joey eased himself against a poplar tree, and I laid down in a sticker bush. J.J. eventually made his way to us as well, so that he could watch the show.

The tom was interested in my calls, and slowly moved in our direction. Finally, he gobbled just out of sight, and I knew that it was only a matter of time before Joey would be able to shoot him. All of a sudden, Joey whispered that he could see the tom’s head, and he pulled the trigger.

On the last day of our hunt, we slipped in on a trio of gobblers that we roosted the night before, and watched as everything played out perfectly, until a coyote spooked the birds at the last minute. Although it was disheartening, we decided not to dwell on it, and try to find another one.

A few hours later, we spotted a tom strutting in a field with a handful of hens. J.J. and I began to make a loop around the birds, as Joey kept an eye on them from a hill. As we were in mid stalk, Joey signaled to us that the birds were slowly moving the opposite direction, meaning that we were going to have to make a large circle around them in order to cut them off.

J.J. and I walked as quickly as possible to make a loop around the birds. Once we got on the opposite side of the ridge from the birds, we made our way into the direction that they were heading, which was still 500 yards away.

We closed the distance as quickly as possible, and I began to look for terrain funnels that the turkeys would most likely take. I noticed a heavily used deer trial coming down off of a steep point in the ridge, and I figured that since the point looked to be “the path of least resistance,” that turkeys would most likely come through there. We quickly made our way to a large cherry tree, with lots of cover around it, and setup facing the area that I thought the birds would come through. A few minutes later, we noticed a gobbler on the crest of the steep slope directly above us. The gobbler must have known something was not quite right, and turned to walk slowly away. This gave J.J. the opportunity to line his gun up, and make the shot.

Although I did not have a tag, I had a fantastic time chasing turkeys with my friends Joey and J.J. Being a diehard turkey hunter, I have come to the realization that a person only has so many springs to spend in the woods. I try to make the most out of every one of them. If you are interested in seeing the hunts unfold, you will be able to watch it on Bone Shack Outdoors next spring. o