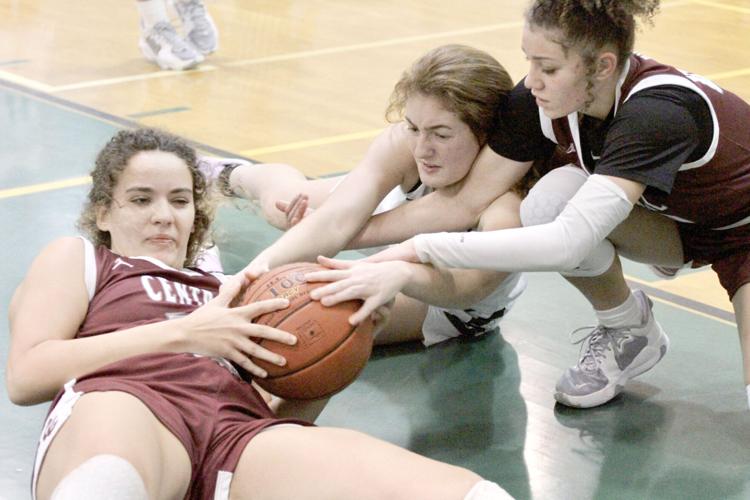 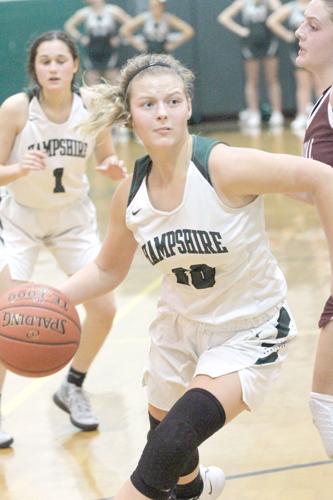 SUNRISE SUMMIT – After 1 quarter on Friday evening the game between Hampshire and Wheeling Central Catholic was tied 10-10.

From that point forward the Trojans picked up their physical play and controlled the tempo of the game led by star PG Izzy Blomquist who finished with 25 points to lead Hampshire to a decisive victory 58-43 over the Maroon Knights.

“We corrected many of the things we were doing wrong and went out there and executed them today. The 1st quarter we kind of came out slow and weren’t matching up with them defensively. The 2nd quarter we talked about matching their physicality knowing their big girls were physical and we matched them.”

Players like Dani Knight, Liz Pryor, Carisma Shanholtz and Kiersten King did the dirty work in the paint while PG Izzy Blomquist showed off her smooth ability to get to the basket scoring 10 field goals on the game, 5 2-pointers and 5 3-pointers, to finish with 25 points.

“Obviously Izzy is a smart player and when she got around their 1st defender and nobody stepped up to her, she knows what decision to make,” said Buckley.

“She has been shooting the ball extremely well. You can tell that she has worked on that. The team knows that Izzy will do what’s right with the ball and go with the higher percentage of shot, as she would be the 1st person to give the ball up if doubled.”

The Trojans had a lot of balance scoring as Dani Knight finished with 8, Liz Pryor had 7 while Hannah Ault tallied 5.

Carisma Shanholtz, Jaden Kerns and Kiersten King all chipped in with 4 points each.

“We do really well when we have balance scoring,” said Buckley.

Although scoring always grabs the headlines, the physical play was the difference in the game.

Coach Buckley pointed out that Carisma Shanholtz and Dani Knight both stood out with their improved physical play on the court.

“They are going to give you everything they have when they are on the court,” said Buckley.

“I can’t speak highly enough of them. They play their hearts out and do what’s best for the team.”

The game against Fort Hill scheduled for tonight at 6 p.m. has been postponed. There is not an official make-up date as of yet.

Therefore, the next time Hampshire (2-4) is on the court it will be in the RCB tournament on Tuesday Dec. 28 against Elkins High at 4 p.m.

The Applemen needed overtime to defeat Hampshire in a heated contest in Inwood. Izzy Blomquist led HHS with 15 points while Kiersten King finished with 11.

The Falcons were able to come away with a double-digit win on Monday night in Short Gap. The 2 teams will square off again on Jan. 28 at Hampshire High. o