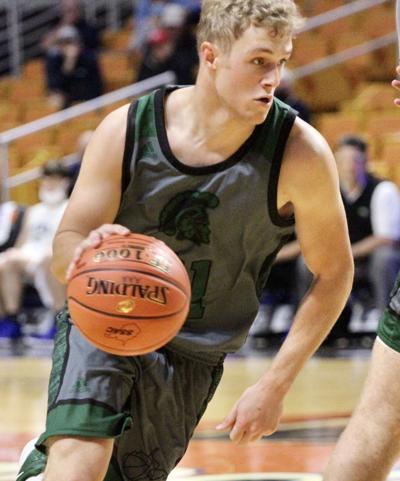 Hampshire is on a 12-game winning streak after knocking off No. 1 Robert C. Byrd, 53-47. Tonights game against WCC marks the Trojans debut to the class AAA Final Four.

Prior to the 2021 campaign, the Maroon Knights postseason success was in class A. Since joining class AAA, the Region 1 co-champions (HHS & WCC) have yet to square off.

Although the Maroon Knights have had decades of success in the Civic Center, on Wednesday night WCC needed a last second buzzer beater to knock off No. 4 Nitro 40-39 to advance to the semifinals.

In order for the Trojans to defeat WCC, they will need to slow down the superior shooting of junior Ryan Reasbeck. The 6'3 guard has averaged 22.9 points per game this season and attempted twelve 3's against Nitro in the quarterfinals.

Forward J.C. Maxwell (Senior, 6'3) can also fill the cylinder as he averaged 19.8 ppg this season. The other major scoring threat for the Maroon Knight's is forward Michael Toepfer (Junior, 6'2) who averaged 11.5 ppg.

WCC thrives on shooting the ball from downtown, so the Trojans will need to keep constant pressure along the perimeter.

Hampshire will have a decisive advantage in the interior, as WCC only scored 6 points in the paint against Nitro, while the Wildcats posted 28 points.

Wheeling Central and Hampshire had similar opponents throughout the season and the Maroon Knights record was unblemished in regional play, twice defeating Weir and North Marion, then taking down Trinity 46-41 in the regional co-finals.

The biggest key for Hampshire to pull off the upset will be the ability to score late in the game while preventing open shots from deep.

The winner of tonight's semifinal will play in the championship game on Saturday May 8 at 5:30 p.m.