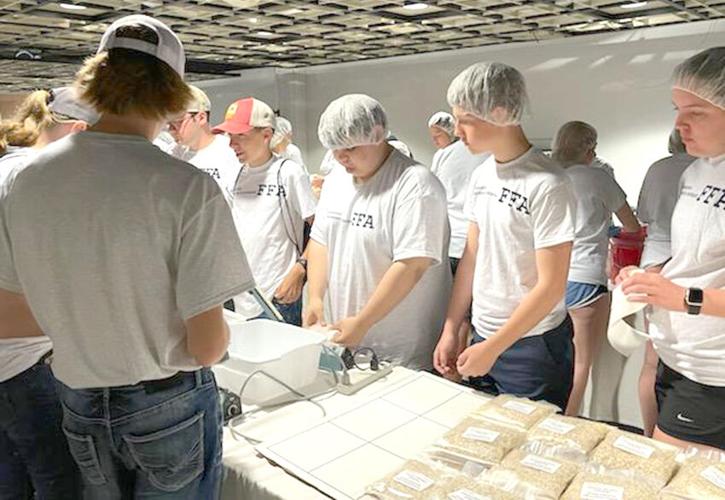 WASHINGTON — Seven Hampshire County FFA members were given the opportunity to go to the FFA Washington Leadership Conference the week of June 7.

This was a very exciting, national event (made up of 8 weeks with up to 340 students per week) that these members were able to experience. During the trip, students would make something called a “Living to Serve” plan. These plans were made so that students could produce a way to help their community.

Two of the Hampshire County FFA students discussed mental health awareness issues in their LTS plans, planning a future event for the community. whereas another student suggested that we start a hydroponics system where all proceeds are donated to charity. This trip was eye-opening for the members that went; They not only felt included but understood.

The workshops these students attended included an activity called “Take the Chair”. Each student would get a chance to sit in the community group leader’s chair, which allowed them to reflect on the experiences they had.

This being on the final day made a giant impact on the people in the room. Some said that WLC was the best week of their lives or wished they had bonded more.

“Though WLC was a short week I learned many things. The entire week was about doing what we can, with what we have, where we are. However, it stretched much further past that, being in a smaller group among the 340 members present made us somehow all feel unified. I had the best time at WLC, and I would not trade it for the world.” -Logan Moreland

“Though the trip was short, I was able to bond with some of the greatest people I have ever met, who share similar hopes and goals for the future of the world. My time allowed me to better my understanding about the day-to-day struggles people face and how to help them in the future.” - Alexander Whitacre

“WLC reminded me how to be a change-maker in my community and to do what I can, with what I have, where I am.” -Caitlyn Myers

“We met a lot of people, made a lot of great memories, and had a great experience.” -Emily See

Students learned about advocacy, encouragement, exploration and service. All the students have shared lifelong experiences with those from other states and districts across the country. As FFA members we strive to encourage, advocate, explore, and serve. o