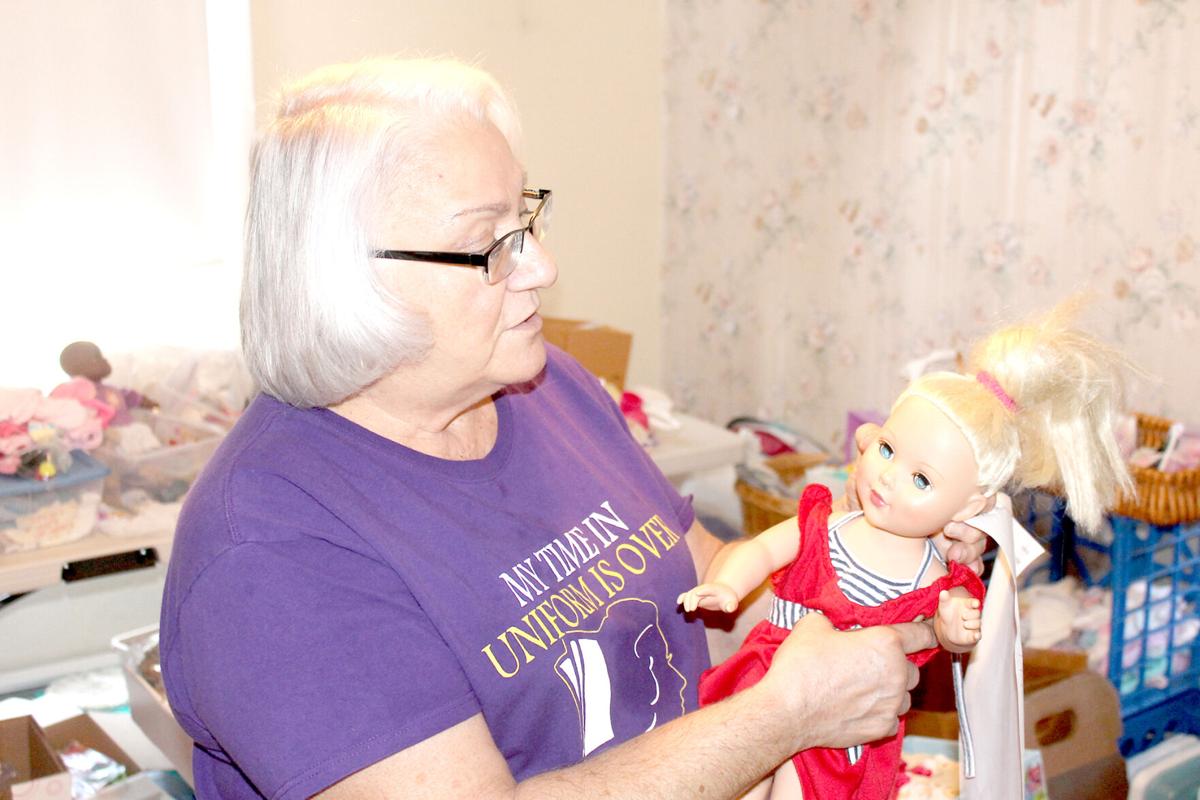 Rebecca Arnold adjusts the dress on a doll at “Esther’s House,” the home base for Toys from the Heart. 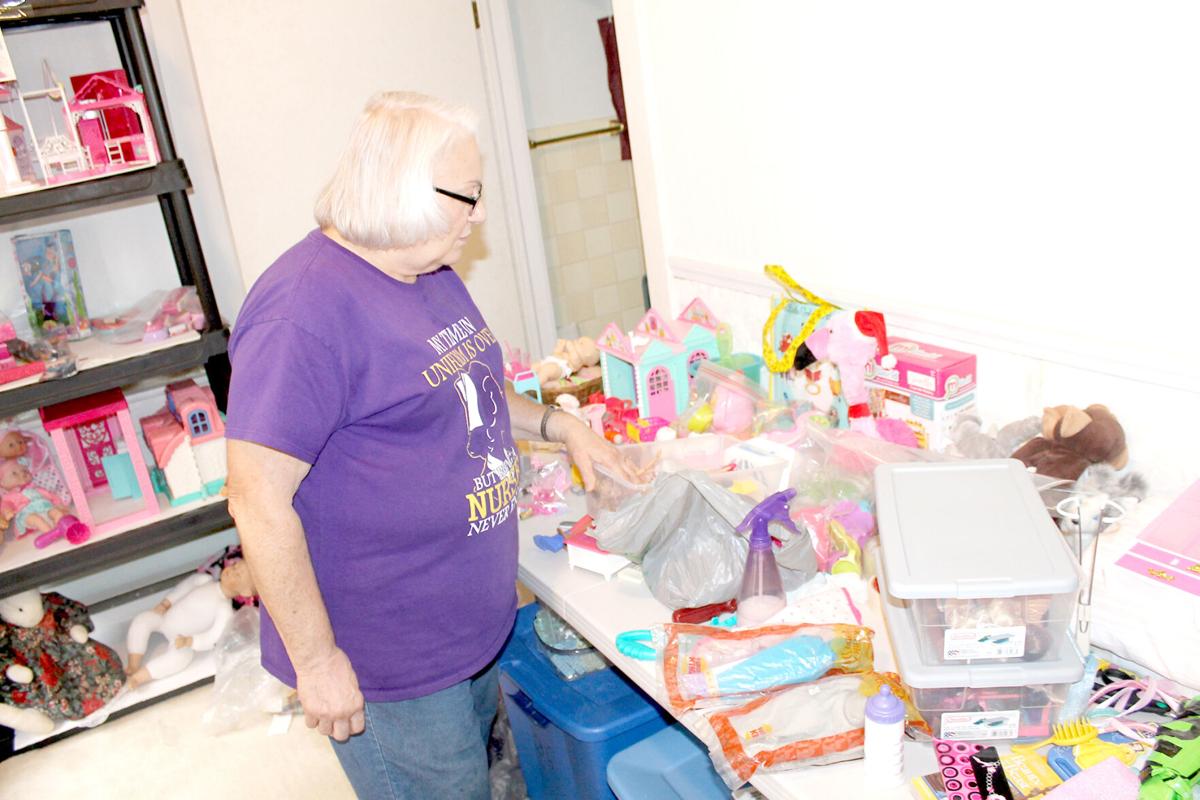 Arnold shows the staging area for many of the Barbies and other dolls that have been donated. 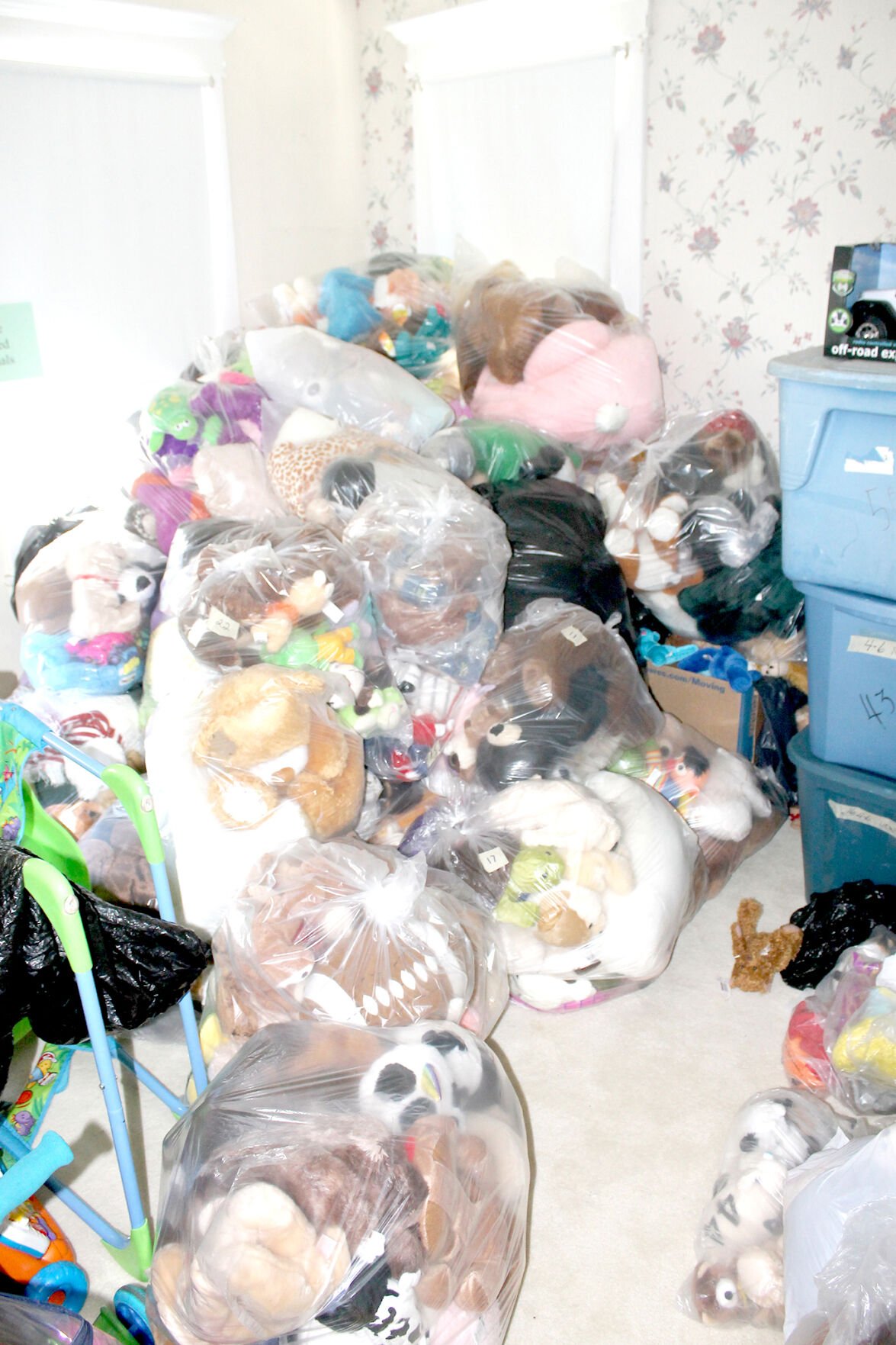 A huge pile of washed and bagged stuffed animals sits in one of the upstairs rooms. 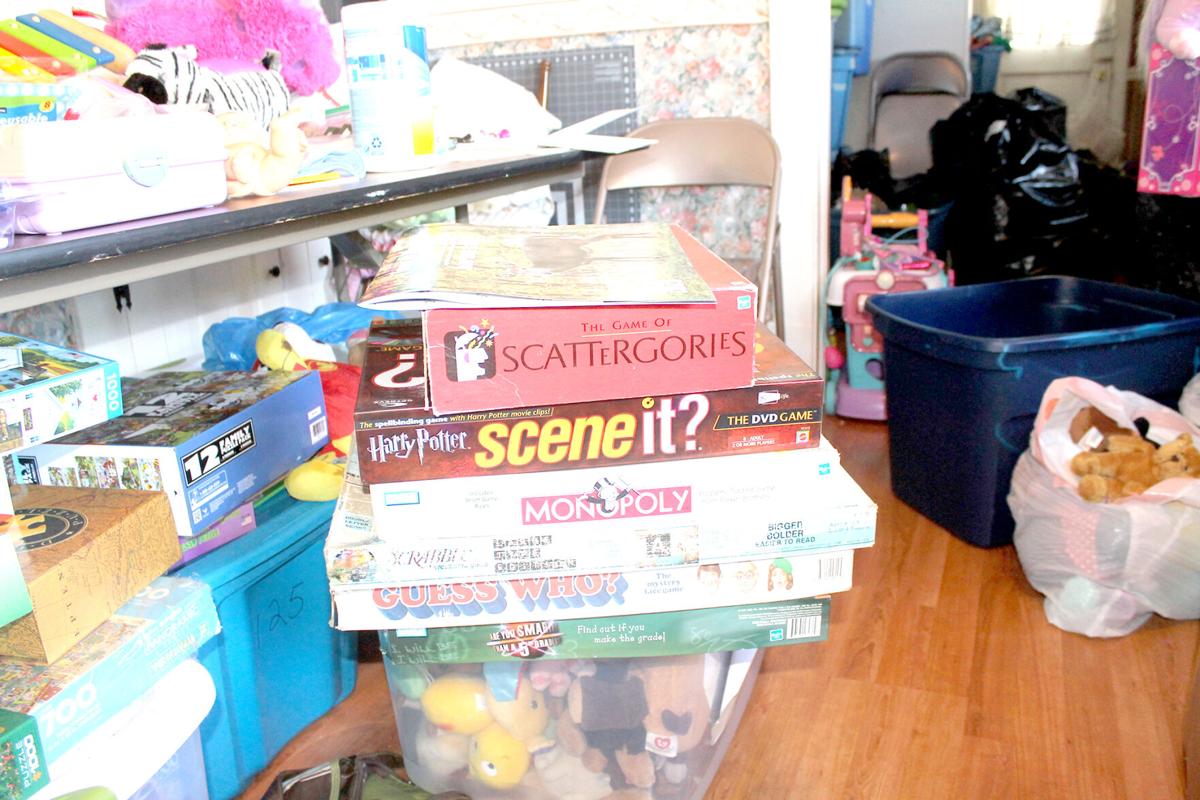 For kids who might not be as interested in toys, Arnold also keeps a collection of board games for families to peruse.

Rebecca Arnold adjusts the dress on a doll at “Esther’s House,” the home base for Toys from the Heart.

Arnold shows the staging area for many of the Barbies and other dolls that have been donated.

A huge pile of washed and bagged stuffed animals sits in one of the upstairs rooms.

For kids who might not be as interested in toys, Arnold also keeps a collection of board games for families to peruse.

ROMNEY — No detail is too small for Rebecca Arnold when it comes to Toys From the Heart.

If a Barbie’s clothes are wrinkled, she takes them home and irons them.

If a toy sink is missing a stopper, she goes to the hardware store to find one.

If a dollhouse arrives on the doorstep of “Esther’s House” and is missing some furniture, she hunts through her collection to replace what’s missing.

Truly, no detail is too small.

Toys from the Heart has been in action every Christmas season for around 20 years. Folks around the area can come at any point to drop off donations of toys, games, puzzles, sports equipment, books and even porcelain dolls.

From the outside, “Esther’s House,” an old, sea-foam green Victorian-style house right next to the Romney First United Methodist Church, seems unassuming and quiet, but as soon as the doors open, it’s all hustle-and-bustle.

Usually, Arnold said, she and whoever else is volunteering at Esther’s House start sorting through toys in April, but this year they decided to start in January and organize the toys that weren’t picked up at Christmas.

With COVID-19 casting a cloud over this last spring and summer, volunteers for Toys for the Heart are looking a little scarce.

With the toys and games piling up, Arnold said it’s an overwhelming task to face on her own.

“It’s a little mind-boggling,” she admitted.

Toys from the Heart was started around 20 years ago by Esther Smallwood, who was a kindergarten teacher who attended the Methodist church in Romney.

“She saw the need for families here,” Arnold explained. “That 1st year, I think she just got together the things for 2 whole families. And then the next year, it just started growing.”

And grow, it did. Today, the old house owned by the church is filling up fast with toys and other kid-friendly accouterment. There’s a “doll room” filled with Barbies, Cabbage Patch Kids and other baby dolls as well as accessories, clothes and more.

“I like going through the girls’ stuff; it makes me feel like I’m a kid again,” Arnold said, smiling. She pointed out a stable for an American Girl doll’s horse, an item that originally would have cost around $170. “I would have loved to have something like that as a kid. I would have thought I’d died and went to Heaven.”

Big-ticket items like the doll stable and dollhouses will be put into a raffle, Arnold said.

In the house there’s also a “stuffed animal” room, with one corner piled nearly to the ceiling with clear plastic bags filled with stuffed animals. Arnold said that when folks donate items like stuffed animals, she and other volunteers would take them home to wash them. It’s an important step in the process.

That’s where the attention to detail comes in. Spot cleaning, tidying up the toys and assembling sets with similar items are all on Arnold’s schedule from now until Christmas, and this year, with COVID-19 threatening to Grinch all over the 2020 Christmas season, Arnold needs help more than ever.

She’s on the lookout for folks who might want to volunteer for Toys from the Heart.

“I can work around people’s hours, too, so as I get more people and a schedule, it’ll be easier to figure out what I’m doing,” she explained.

Good on you helping the least among us. Sadly with poverty endemic Hampshire County and the rest of West Virginia also. With no meaningful relief coming from Republicans like President Trump and Govenor Justice many many suffer unabated. But it is nice that the children of this world get Christmas gifts.