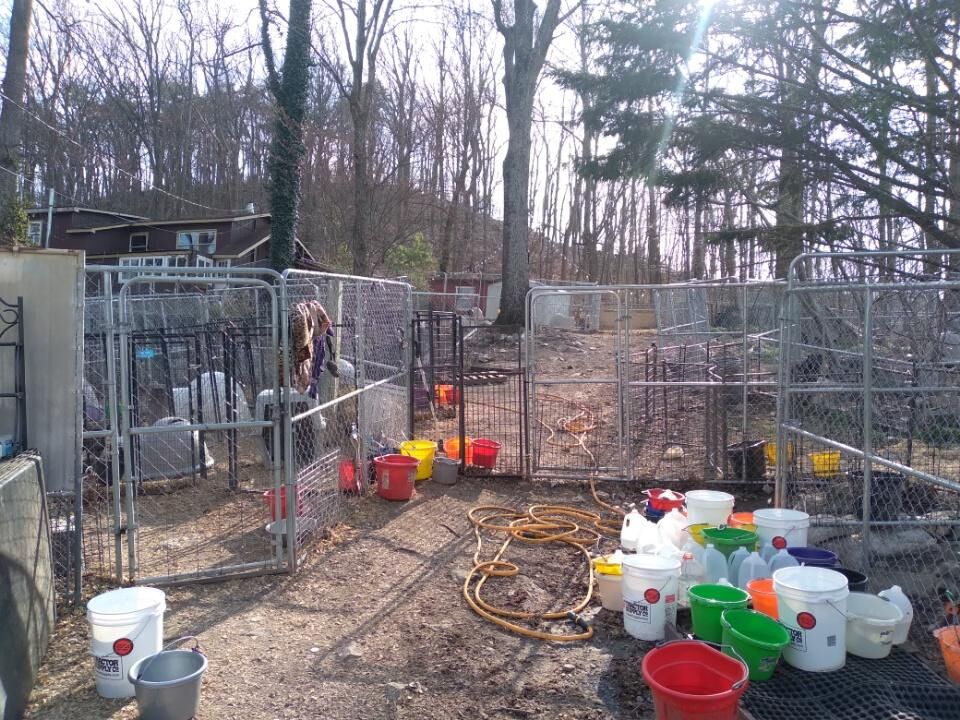 The property on Cabin Road, off Timber Mountain Road, north of U.S. 50 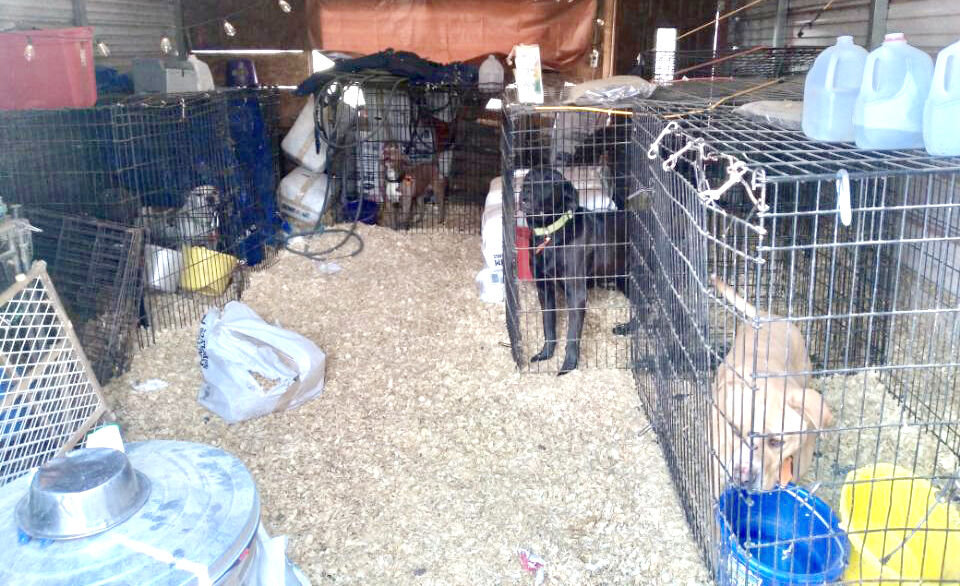 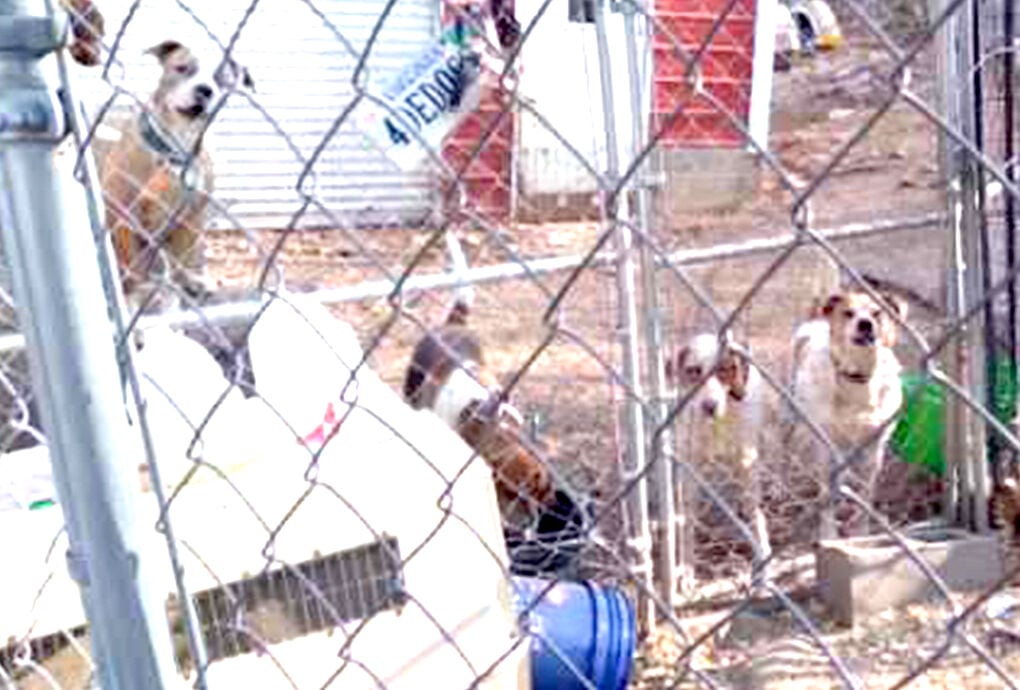 The property on Cabin Road, off Timber Mountain Road, north of U.S. 50

The Hampshire County Sheriff’s office reports that it has processed 102 dogs found at Love Shack Dog Rescue when it executed a warrant on the site Monday.

Rescue owner Sabrina Droescher has relinquished ownership of several dogs, but is contesting the seizure of at least 12 others. She has 5 days to take the case in front of a magistrate.

The sheriff’s office says Love Shack will not be able to continue as a business under Hampshire County ordinance.

LOOM — Dozens of dogs are slowly being removed from a rescue operation that authorities say has been bringing in animals from all over.

He and deputies executed a warrant Monday on Love Shack Dog Rescue at 383 Cabin Road, about 4 miles north of U.S. 50 off Timber Mountain Road.

There they found more than 140 dogs in pens and the remains of at least 3 more. Sions said the carcasses were decomposed enough that the cause of death wasn’t apparent.

Neighbor Amber Sizemore Kesner said she was in tears because of the living conditions of the dogs.

“The commercials you see on TV have nothing on real-life situations like this,” said Kesner, who noted that she has helped break up fights between the dogs at Love Shack.

Nine dogs were removed from the 3-acre site on Monday. Sions said rescuers had a double challenge facing them.

First, he noted, each animal has to be tagged so it can be tracked.

Second, he said, is finding other rescue operations to handle the influx.

“We’re trying to do our due diligence and make sure these dogs aren’t going back into the same situation they’re getting out of here,” the sheriff said.

Rescue groups are being brought in to help because the sheer numbers are more than the Hampshire County Animal Shelter can handle.

“We’re not looking for people to call and adopt dogs,” Sions said. “That would be overwhelming. Our goal is to get these to rescues who will then take care of the adopting out.”

Spurred by neighbors’ complaints, the sheriff’s office began working last October with Sabrina Droescher, who is listed as the nonprofit’s contact on its business license at the West Virginia Secretary of State’s office.

“We have been trying to work with her to get the number of dogs down that she has,” Sions said. “She hasn’t been cooperative on her part.”

Monday’s warrant produced cooperation from Droescher, Sions said. The warrant will remain open until all the dogs are removed.

He said criminal charges could be filed as the investigation continues.

“She’s registered as a rescue in the county,” Sions explained. “She wasn’t meeting the guidelines required by the county ordinance.”

Love Shack’s website said it was founded in May 2012 with a mission of saving the lives of dogs in kill shelters.

Online information indicates that the rescue also had a facility in Chantilly, Va., but that site might not be in operation. Droescher licensed the 501(c)3 nonprofit in West Virginia in 2014.

The online presence, which includes a Facebook page, helped rescue groups in other states find a home for their overflow.

The huge number of dogs “kept on festering,” Sions said.

“Enough was enough,” he said Tuesday morning. “The conditions aren’t suitable for them to be staying.”