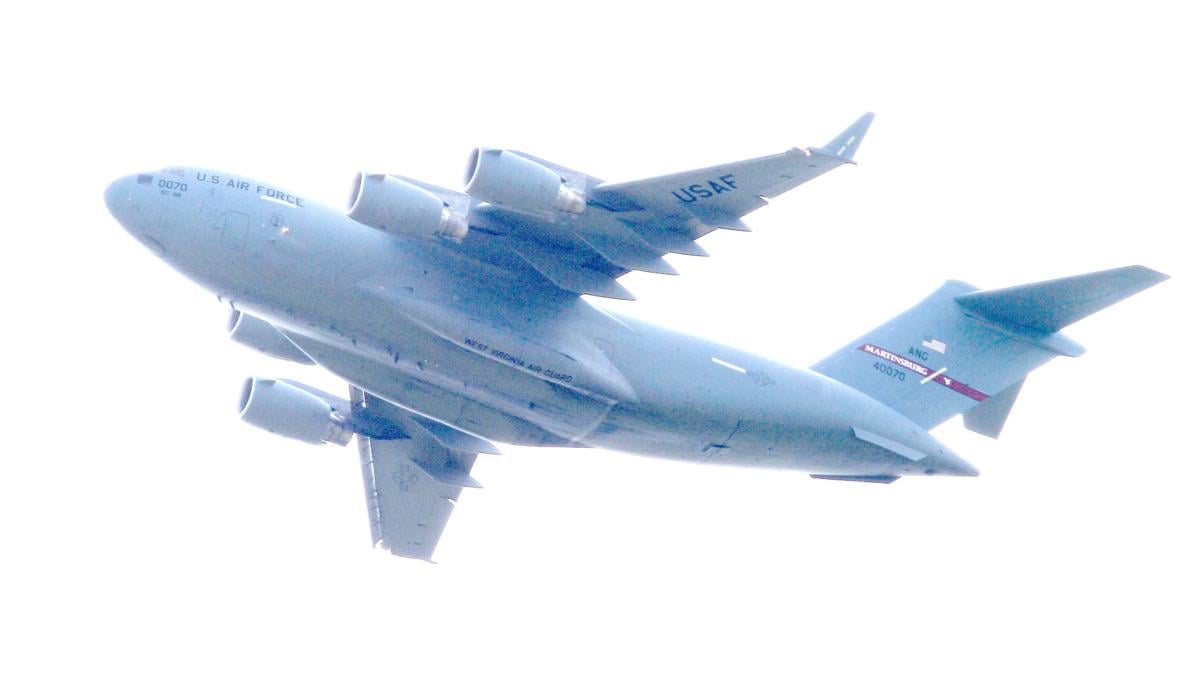 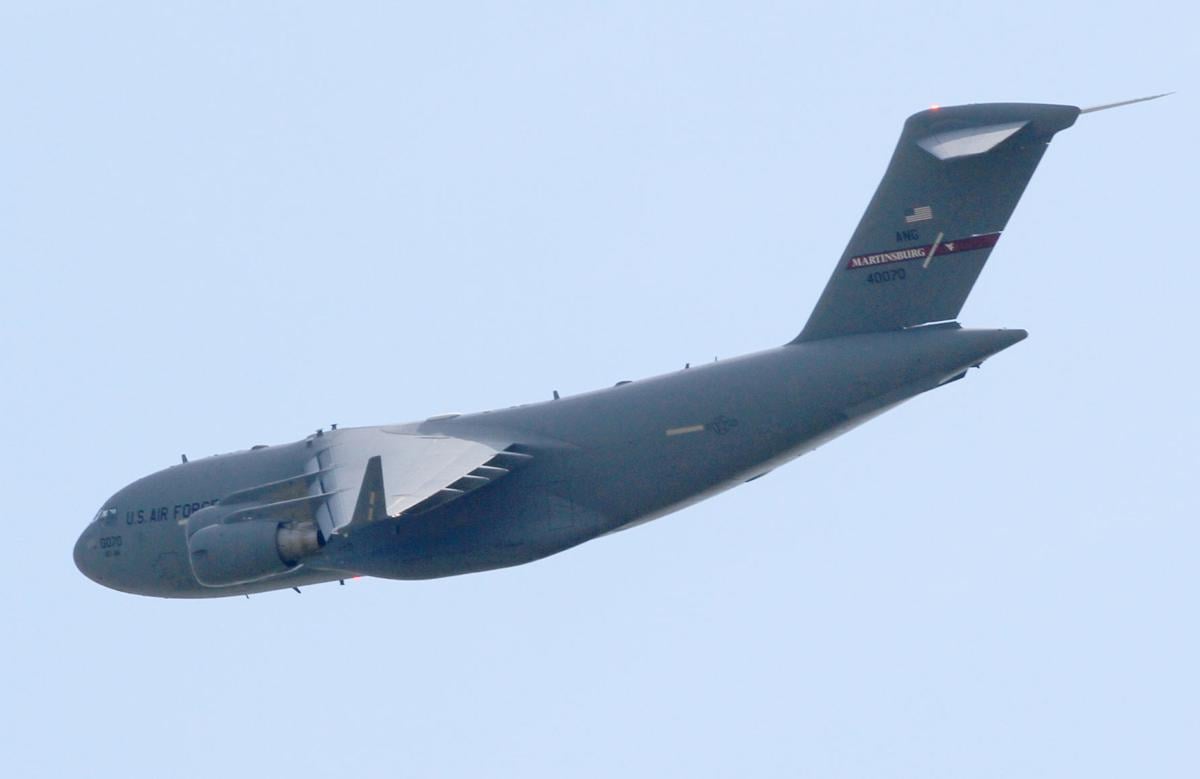 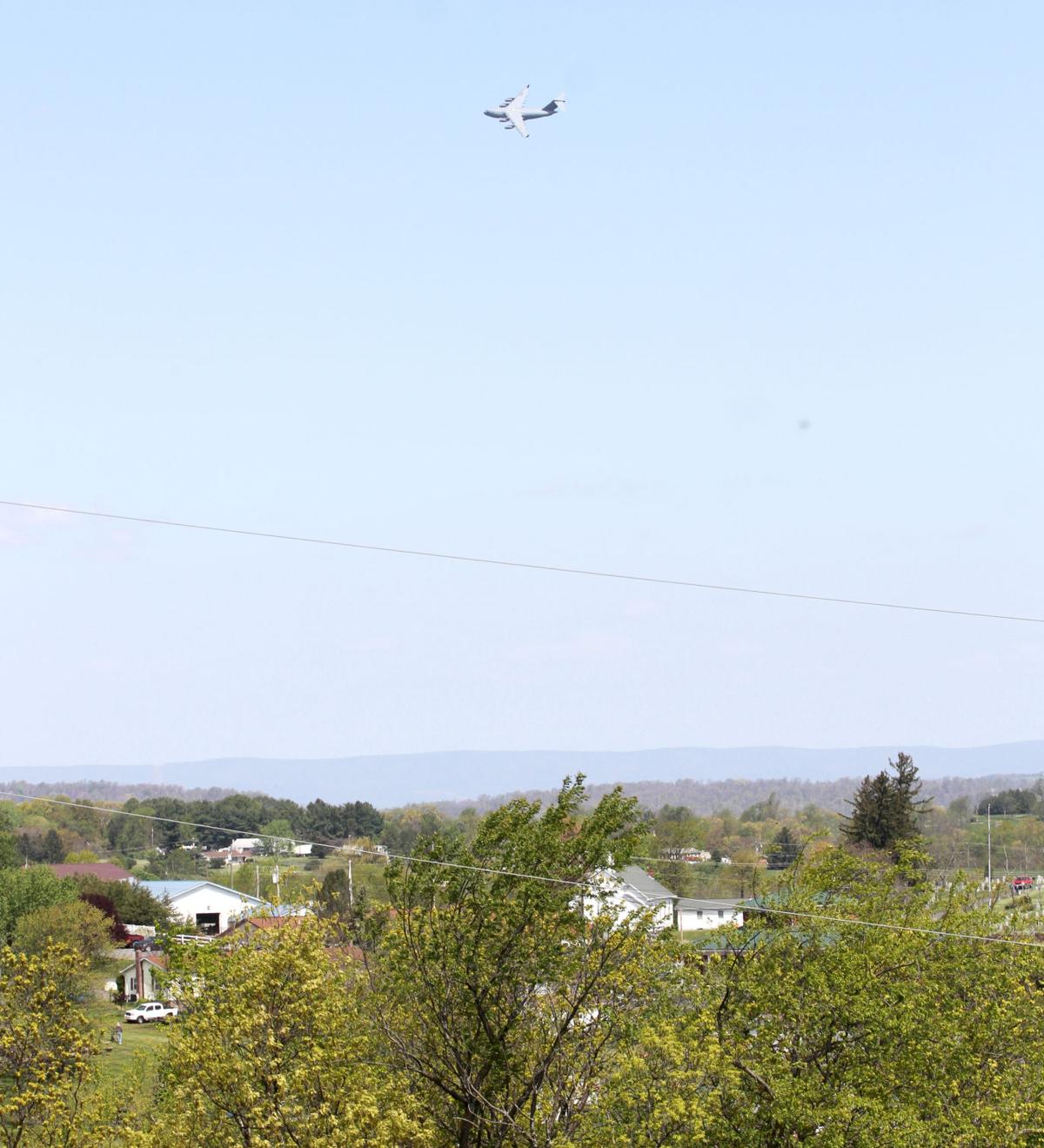 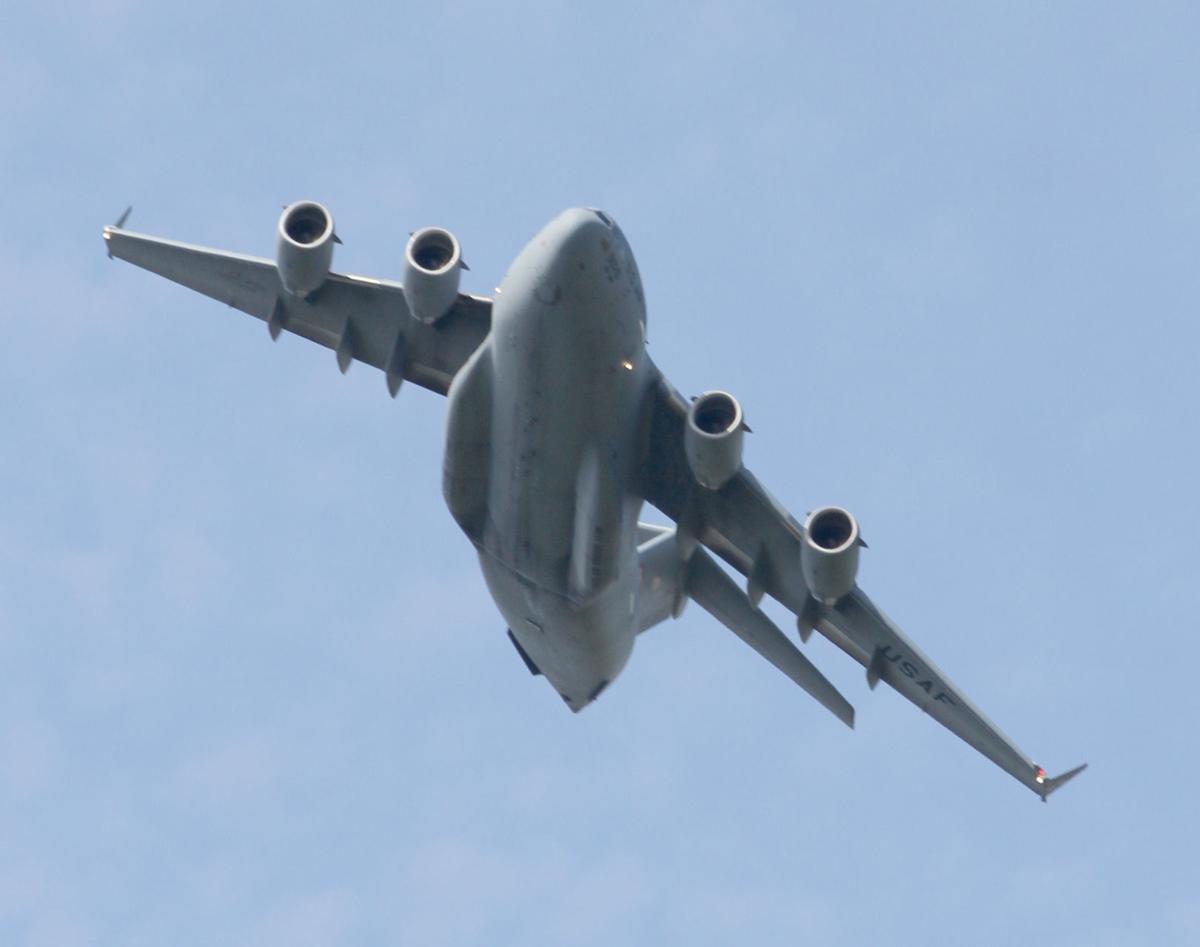 SUNRISE SUMMIT — Hampshire County looked to the sky Wednesday morning as a flyover from the 167th Airlift Wing honored healthcare workers and brought a sense of hope and pride to those on the front lines of the pandemic.

The 167th AW performed the flyover in conjunction with one of their periodic training flight plans, making appearances over medical centers around the Martinsburg region. At about 10:45 a.m., the low rumble of aircraft engines echoed across the sky on Sunrise Summit as the C-17 soared over Hampshire Memorial Hospital.

This flyover was a part of Operation American Resolve, which is a nationwide salute to lift morale during the pandemic.

“For us, it was nice to get back in the jet and to some normalcy since our training flights had been temporarily suspended,” said Capt. Trebor Taylor, a 167th AW pilot who planned the route. “We would’ve flown over even more medical facilities if we weren’t limited by training requirements and time.”

“Our aircrews must fly regularly to maintain proficiency,” said Col. Marty Timko, 167th AW commander. “It’s a privilege for our pilots to train while also saluting those working hard to win the fight against COVID-19; we are humbled by their sacrifices.”

Many members of the community took a moment to thank healthcare workers during the flyover, as well as posting their own photos on Facebook of the impressive aircraft above Hampshire County.

“Thank you to everyone who has held it all together during this epidemic!” commented Lisa Haines Fields of Springfield. “You are greatly appreciated!”

For even just a few minutes, folks stopped what they were doing to join in the salute of those on the front line. “It was a beautiful, emotional moment,” said Trina Cox with the Hampshire Wellness Center.

Lt. Col. George Fay, the 167th AW chief pilot said that it was great to see folks out on the rooftops of the hospitals as they flew over.

“We’re happy to show our support of the healthcare community,” he added.