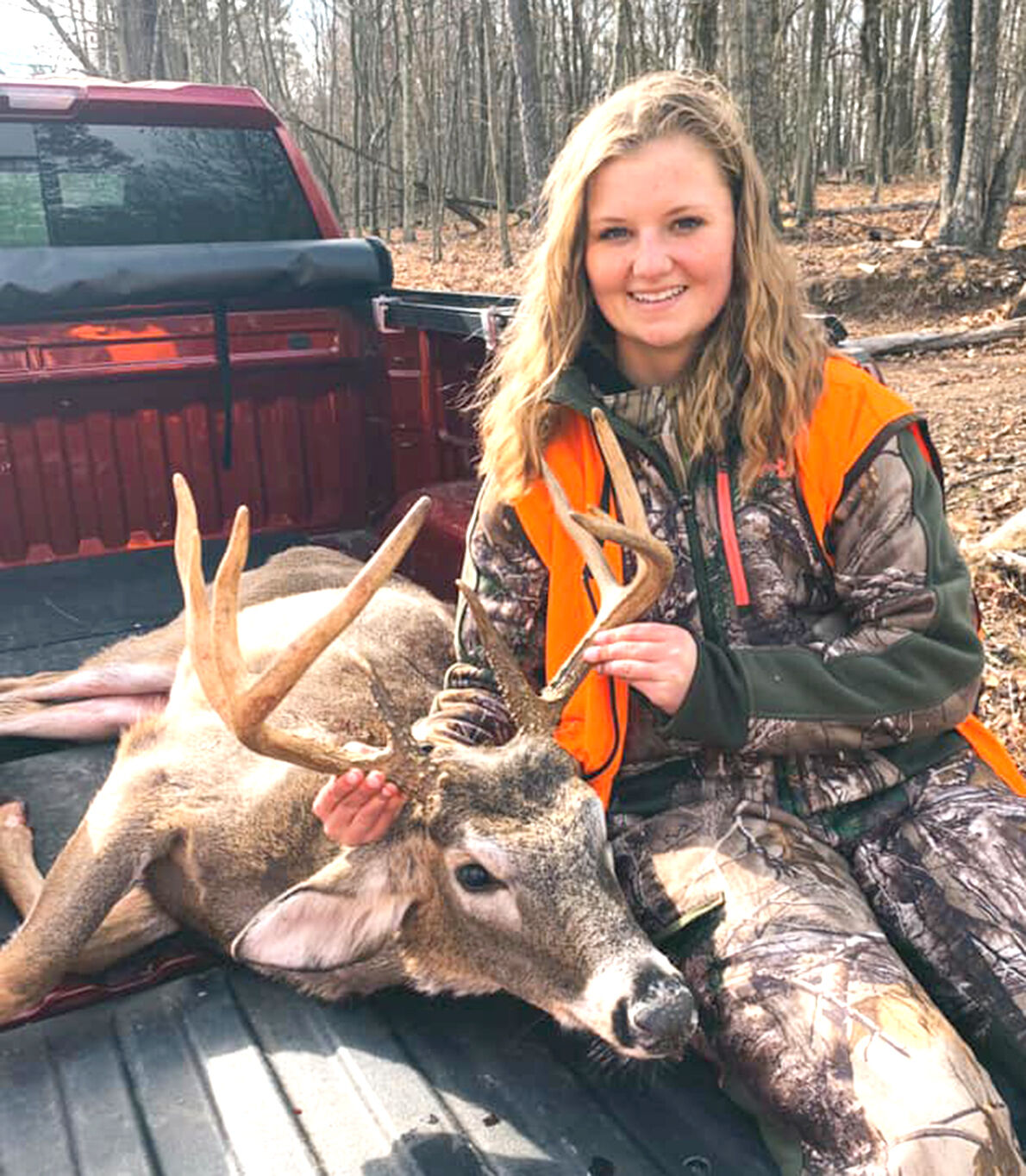 Ella and an 11-point she took Monday — the 1st on her family’s new property.

Checking in a buck outside the Romney DNR office Tuesday

Ella and an 11-point she took Monday — the 1st on her family’s new property.

Checking in a buck outside the Romney DNR office Tuesday

Local DNR officials are in a quandary.

“It’s been real slow,” Rogers said. “It’s down in this area; I don't’ know about the whole state.”

With 72 hours to check in, 1st-day numbers could only be classified as estimates on Tuesday.

“It’s going to be a good year,” Johansen predicted.

Whatever the challenges hunters face — CWD, Covid-19, weather, the mast crop — Monday’s start of buck season across West Virginia had hunters up, happy and shooting.

“There is something about rifle season that keeps me awake the night before the opener, just like a little kid waiting on Christmas morning,” outdoor columnist, HHS English teacher and avid hunter Josh Crawford said Monday.

For teenager Ella Staley, opening day was a way for her to connect with family — this year in a special way.

When her grandfather passed away over the summer, she had a great sense of loss and a special inheritance.

“I’ve been hunting with him my whole life,” the 19-year-old WVU student from Augusta said. “He gave me his hunting hat, so yesterday I used that so he could be with us.”

And wearing granddad’s cap, she headed into the woods Monday with her dad, uncle and other grandfather.

Ella took down an 11-point about 3 hours into the season, the 1st kill on the 1st day of the season on the Staley family’s new hunting property here in Hampshire.

Most counties are open to concurrent antlerless season at the same time.

However, all deer must be checked and the confirmation number recorded before hunting during any subsequent day. Hunters are reminded that game checking is critically important for good deer management.

Although most hunters check in by phone or app, the DNR district headquarters in Romney is on hand for personal check-ins.

“The bow season was really slow too,” he noted.

The reasons? It could be food supply for the whitetails. “It was not a great acorn crop this year,” Rogers pointed out.

More likely, he said, is a combination of factors from fewer people hunting overall, fewer hunting in Hampshire because of Chronic Wasting Disease, or Covid-19 keeping people close to home.

“It could be a number of things,” Rogers said.