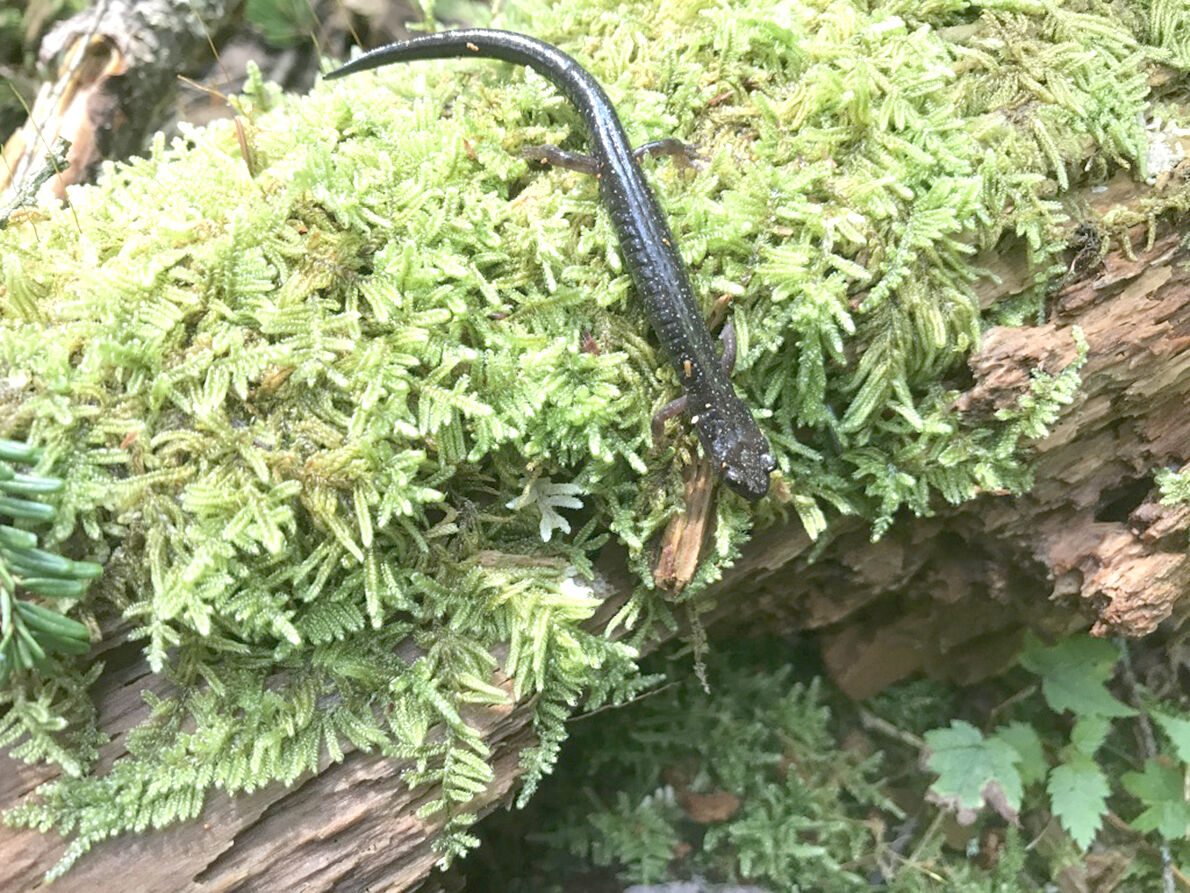 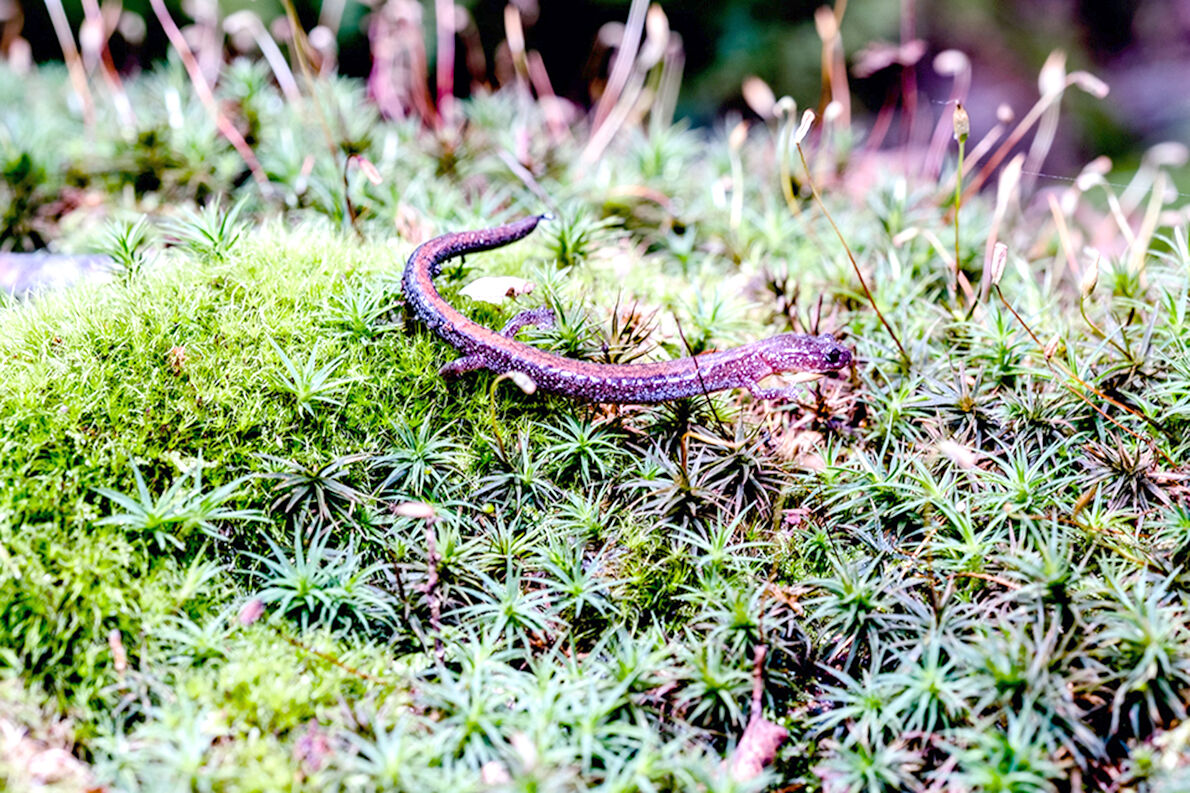 WVU researchers try to save both species in state

Two of West Virginia’s mountain-loving salamander species are wrestling for resources and space as climate change threatens their habitats.

Researchers with the West Virginia University Davis College of Agriculture, Natural Resources and Design have slithered in to figure out how to preserve them both.

The southern and central Appalachian regions are global biodiversity hotspots for the salamanders, which evolved and became hyper diverse because of the mountains that served as geographic barriers.

This is especially true for small animals like salamanders that don’t travel far. Not only are there salamanders endemic to West Virginia, but there are species endemic to specific mountain tops. And that’s the point of concern for Brown.

“As the climate warms, lower elevation species like the red-backed salamander are moving up the mountain and competing more heavily with high-elevation endemic salamanders like the Cheat Mountain salamander, which have nowhere to go because they’re already on the top of the mountain,” Brown said. “Whatever happens they have to deal with, including changes in competition because of species moving into their areas.”

Federally designated as a threatened species, there are an estimated 80 populations of Cheat Mountain salamanders, some with as few as 10 documented individuals. They’re slim creatures at four inches long that only exist in the Cheat Mountain, part of the Allegheny Mountains in eastern West Virginia. That certainly does not amount to much when compared with the red-backed salamander, the state’s most common woodland salamander with a broad range and high populations.

Red-backed salamanders can be found in Minnesota, North Carolina, Tennessee, Canada and many places in between. Their orange or red stripe down their back is indicative of their kind, and they can range from two to five inches – outdoing the Cheat Mountain salamander in both size and number.

“Red-backed salamanders are considered the villain in our world. They’re not; they’re just trying to survive,” Brown said.

As the red-backed salamanders continue to increase, Cheat Mountain salamanders must compete for nest sites and refugia under logs and rocks, pushing them out of optimal habitat.

The increased competition between the two could lead to the extirpation of the Cheat Mountain salamander - meaning it would become locally extinct to the area and forced to seek habitat elsewhere.

“There’s a debate in the wildlife field about whether we should argue for the economic or functional value of species, but species are inherently valuable. They don’t have to prove themselves to us to have value,” Brown said.

Salamanders play a bigger role in the ecosystem than most people realize, he added. In terms of the species’ functional value, they serve as both predator and prey.

Regardless of which species prevails in the competition for resources, there will still be a salamander component to the ecosystem.

The only plan they have for when this potential displacement happens is to physically move the red-backs out of Cheat Mountain salamander territory.

“First thing is to understand how vulnerable species are to direct and indirect effects of climate change like increased competition,” Brown said. “Red-backed salamanders are coming in. There’s no doubt about it. We’ve changed the climate to make it more suitable for them. If there is extirpation of the Cheat Mountain salamander, the biggest active management tool that would probably be useful is actual removal of red-backed salamanders from those areas.”

However, what no one knows is how well the red-backed salamanders will fare long-term in those new environments.

To learn more about the capabilities of red-backed salamanders to adapt to new environments as well as climate change, Brown worked with Lacy Rucker, a natural resources science graduate student, to conduct an experimental mesocosm study in the Monongahela National Forest.

The pair set pens across a two-degree Celsius elevational gradient which was designed to mimic the expected climate change over the next 100 years. The red-backed salamanders were placed in pens at different elevations while their growth and survivorship were monitored.

Rucker was unable to include the Cheat Mountain salamander in the experiment because of its designation as federally threatened.

Although she is still analyzing the results of the mesocosm study, Rucker completed analyses of a long-term monitoring data set to better assess the impacts of forest fragmentation on both the Cheat Mountain and red-backed salamanders.

She and Brown found the red-backs increased near the forest edges, indicating that at high elevations they could benefit from forest canopy openings or reduced competition from Cheat Mountain salamanders.

Additionally, occurrence of red-backed salamanders in the study area increased over the 28-year monitoring period, suggesting that potential for competitive interactions with the Cheat Mountain salamander is increasing rather than decreasing.

“I think the loss of diversity is a great tragedy, especially for species that only occur in the state of West Virginia,” she said. “People have a lot of pride because it’s something specific to their region. The loss of a cog in the ecosystem is never a good thing. These animals serve a purpose, and their extinction would be a great loss.” o