You have permission to edit this article.
Edit
1 of 9 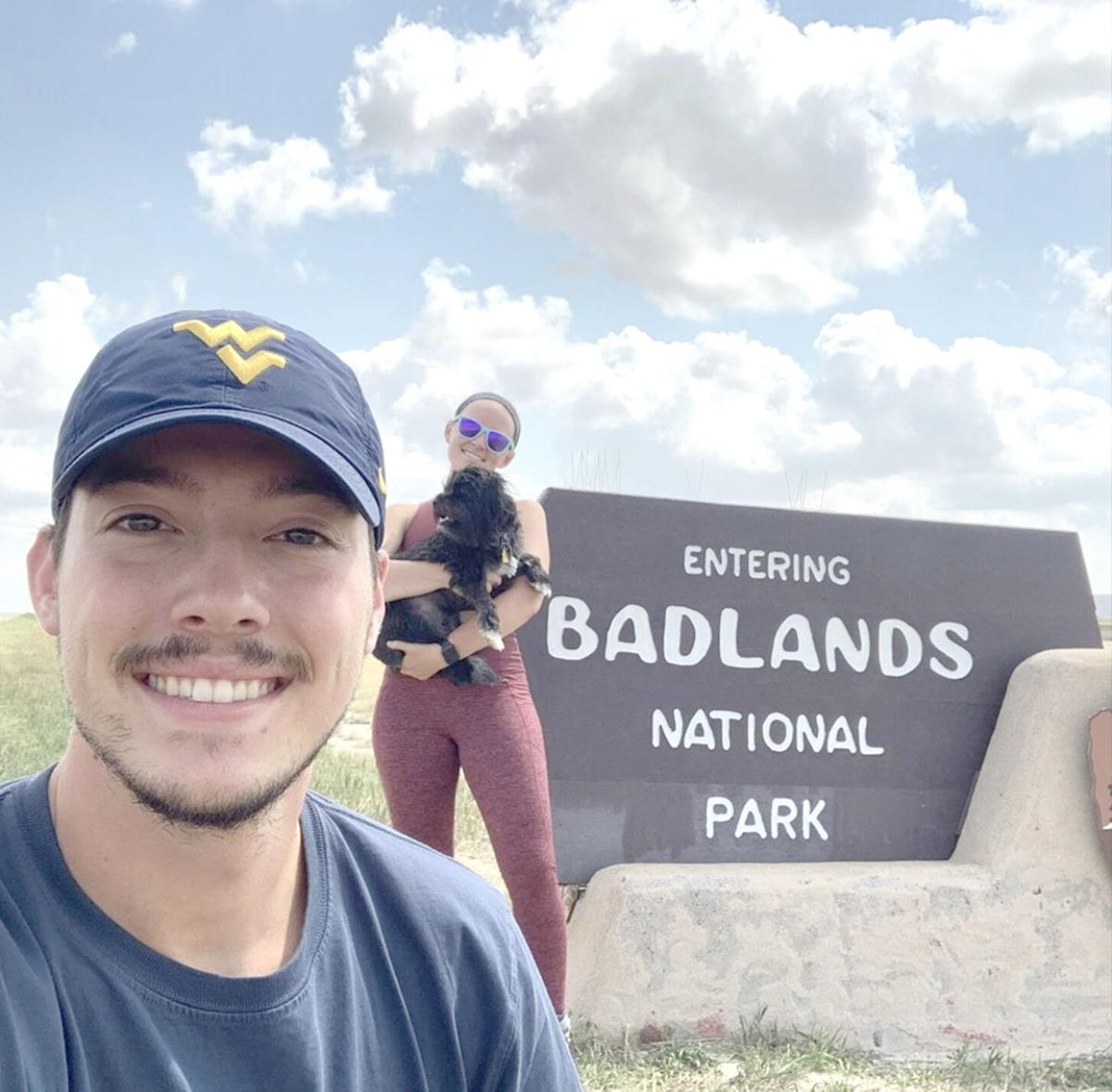 Slocum, Wylie and Gilly smile for a selfie at Badlands National Park. 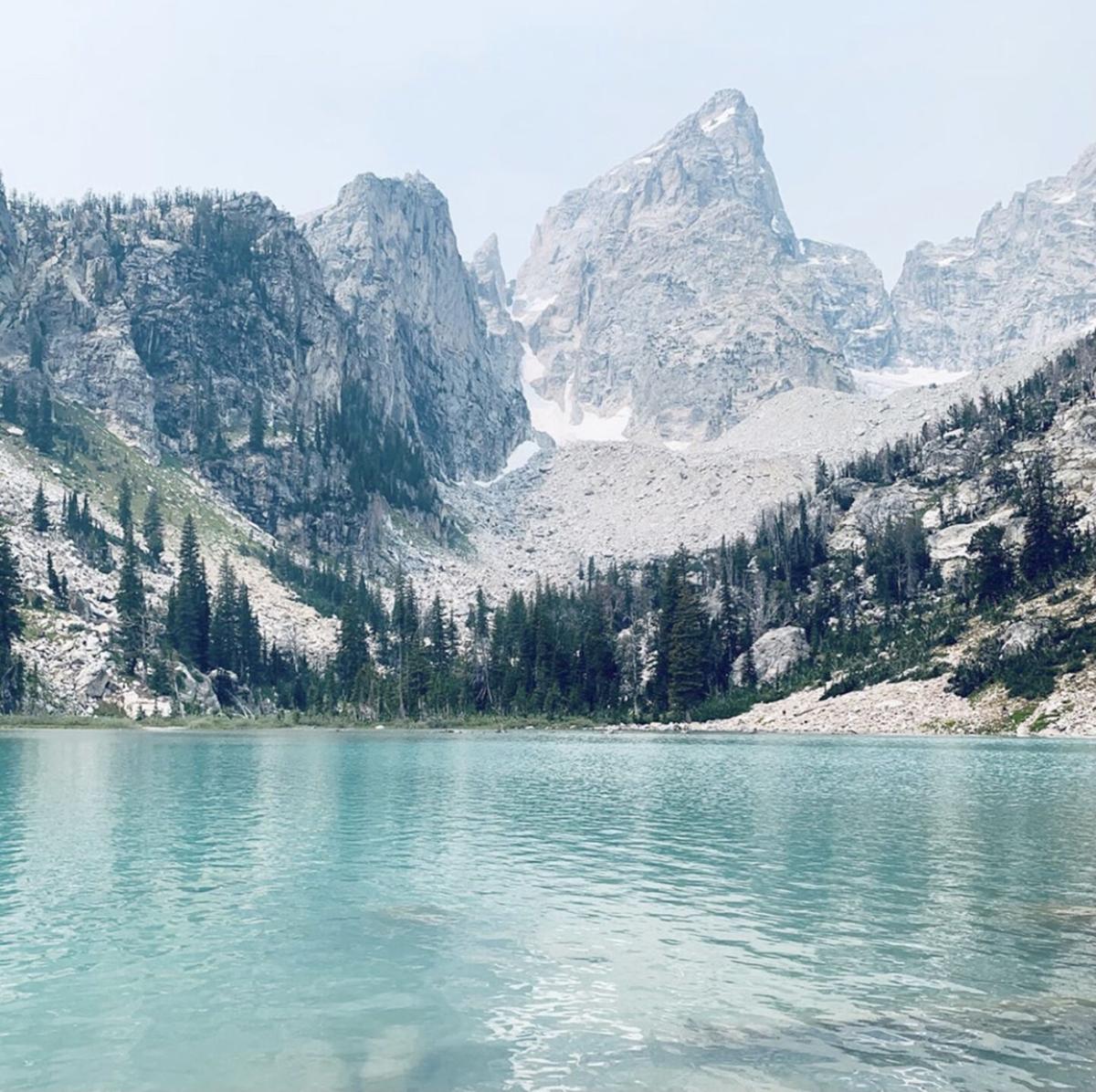 Delta Lake at the Grand Teton National Park offered a stunning view to its visitors. 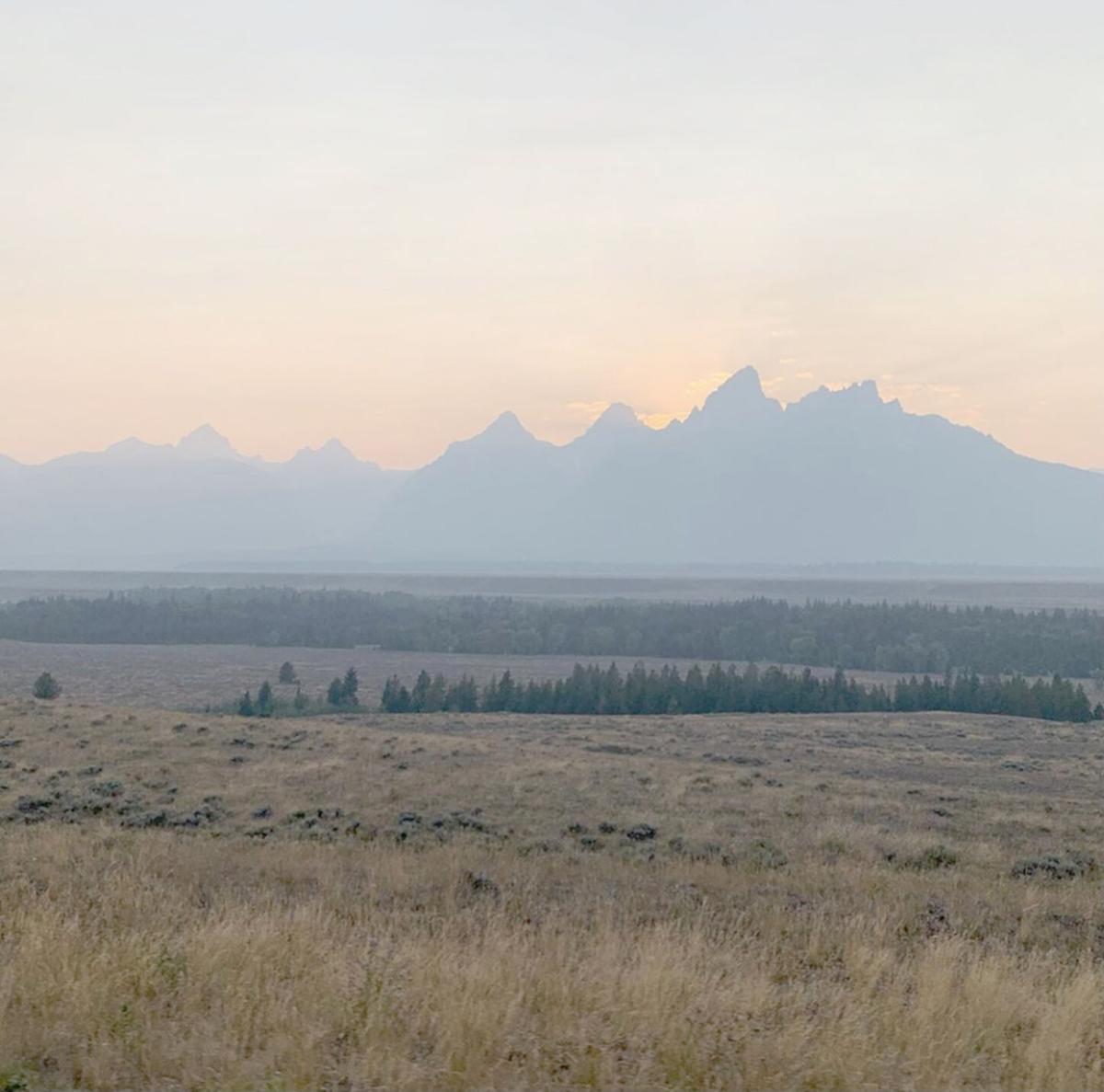 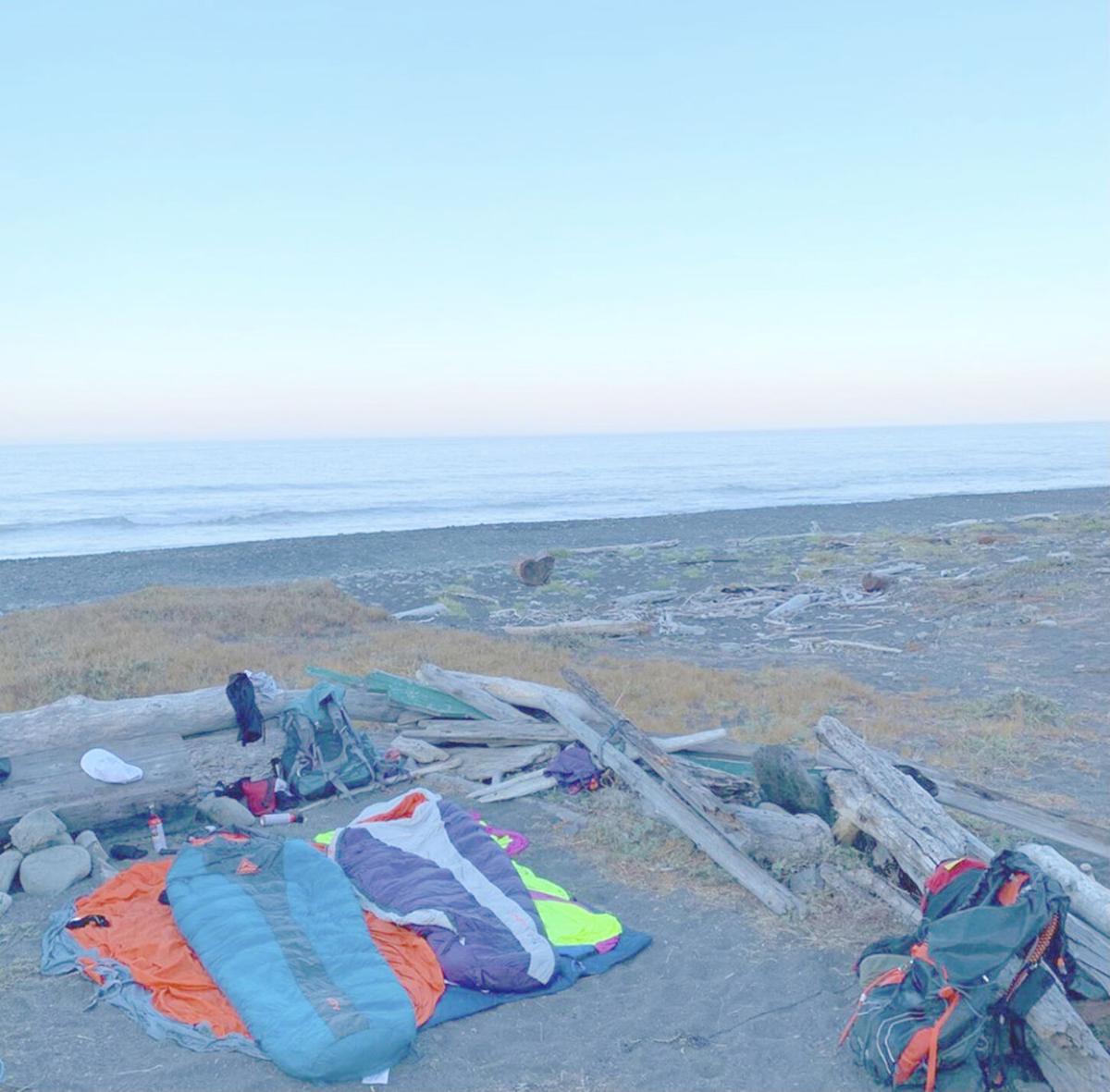 The 3 camped out in the Kings Range National Conservation Area. 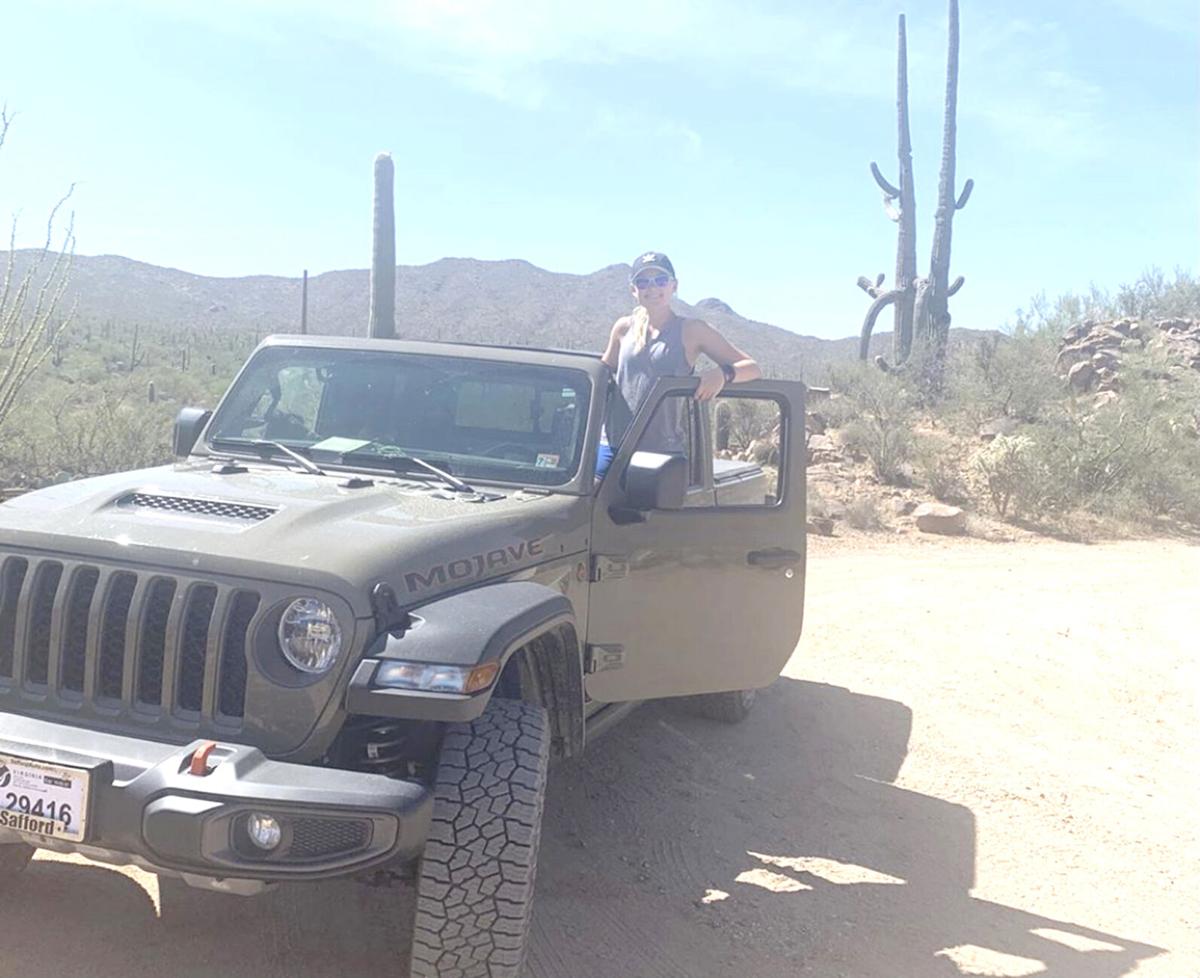 Wylie poses with the Jeep that has taken her, Slocum and Gilly out west. 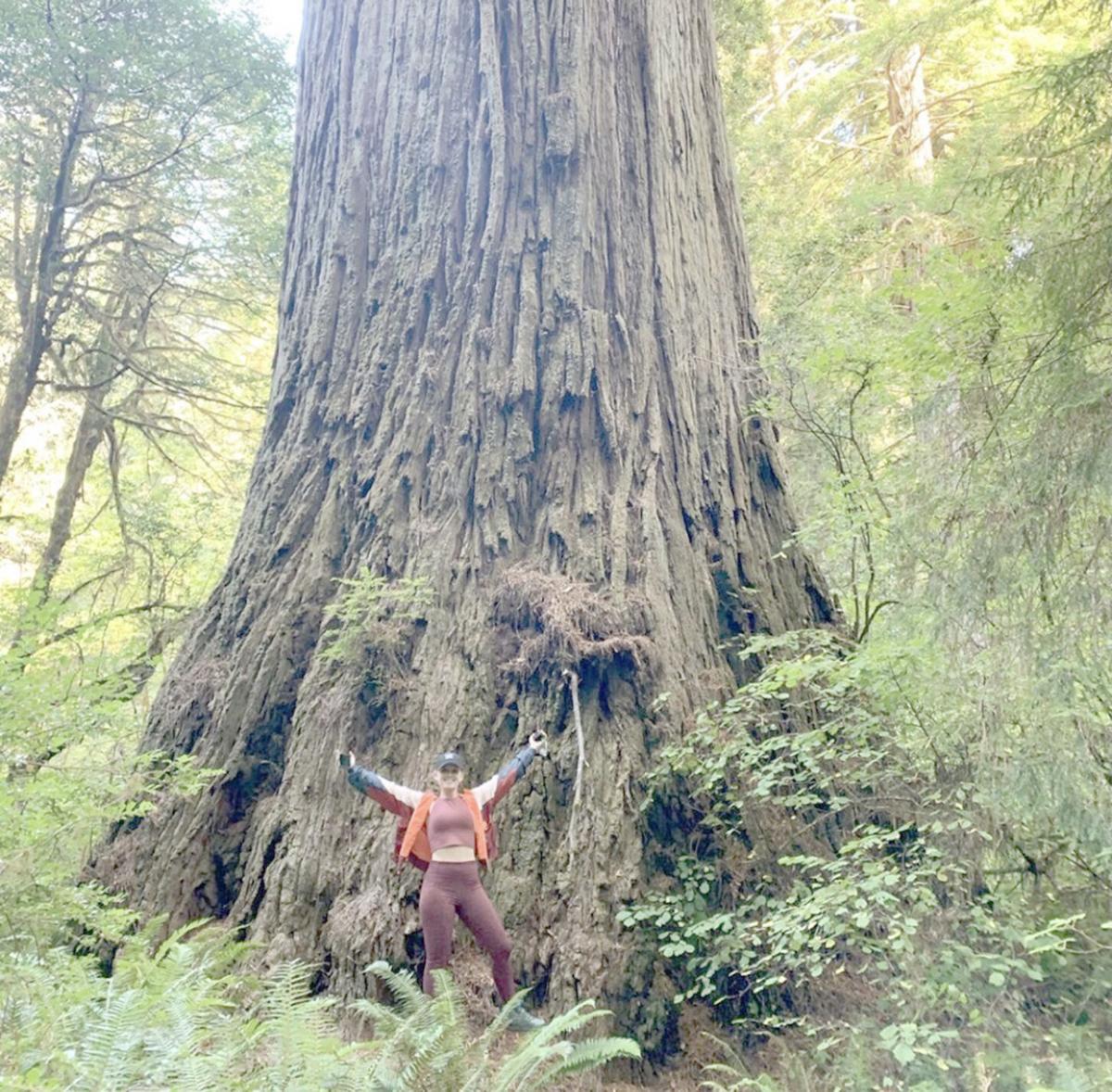 Wylie said she will “never get over” the size of the redwoods in Northern California. 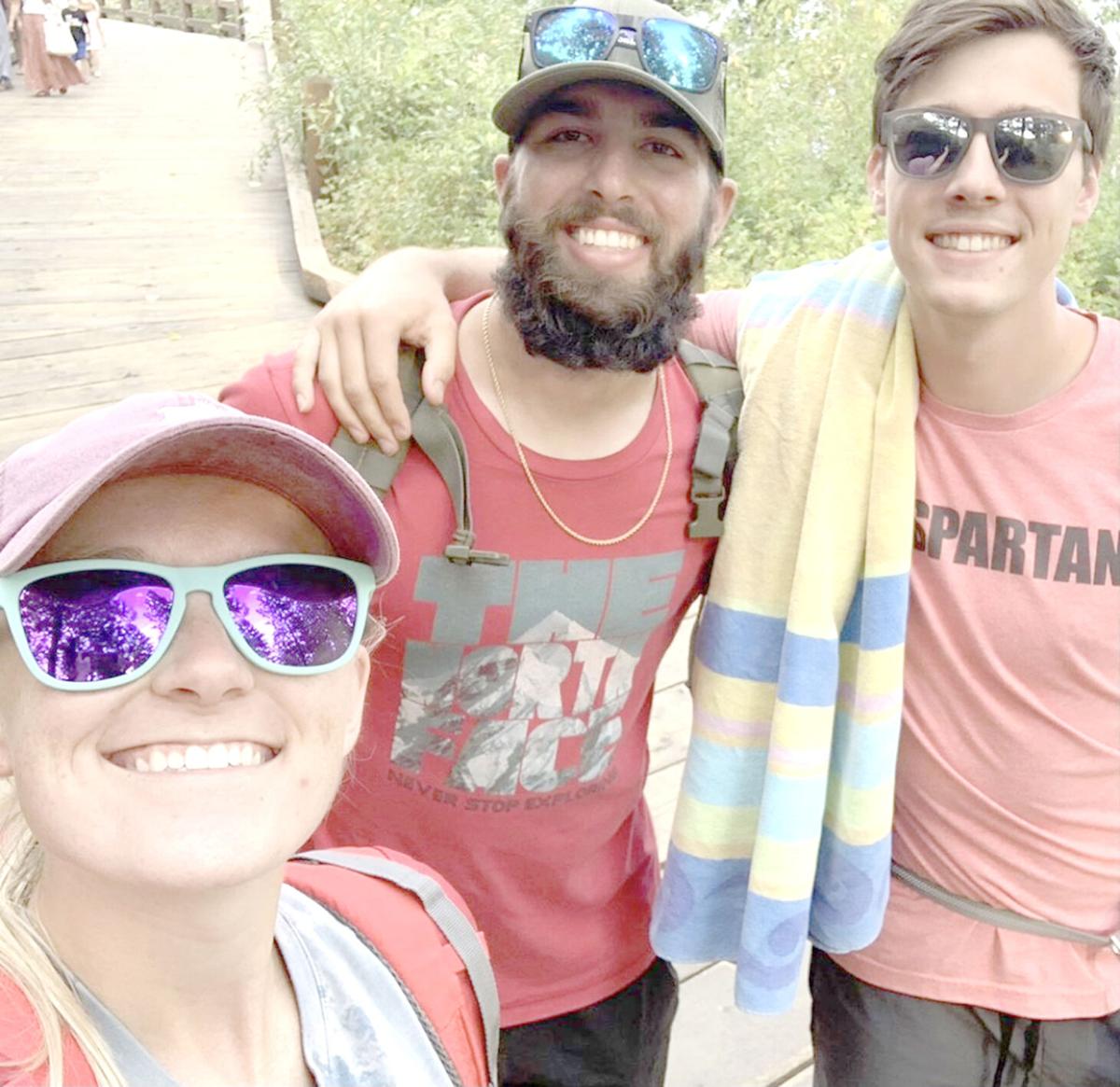 Wylie and Slocum met with a good friend, Augusta native Forrest Moreland, to catch up. 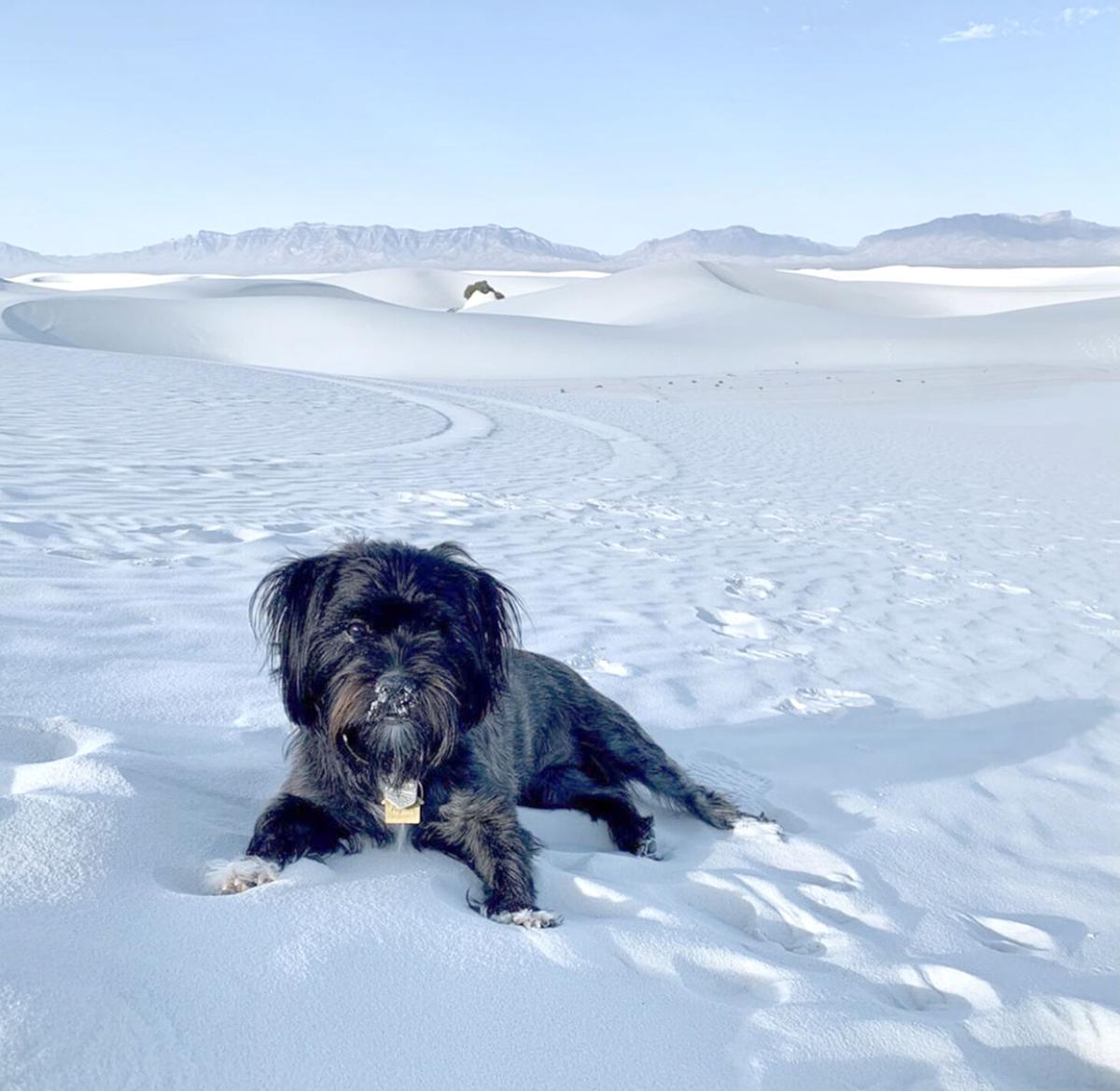 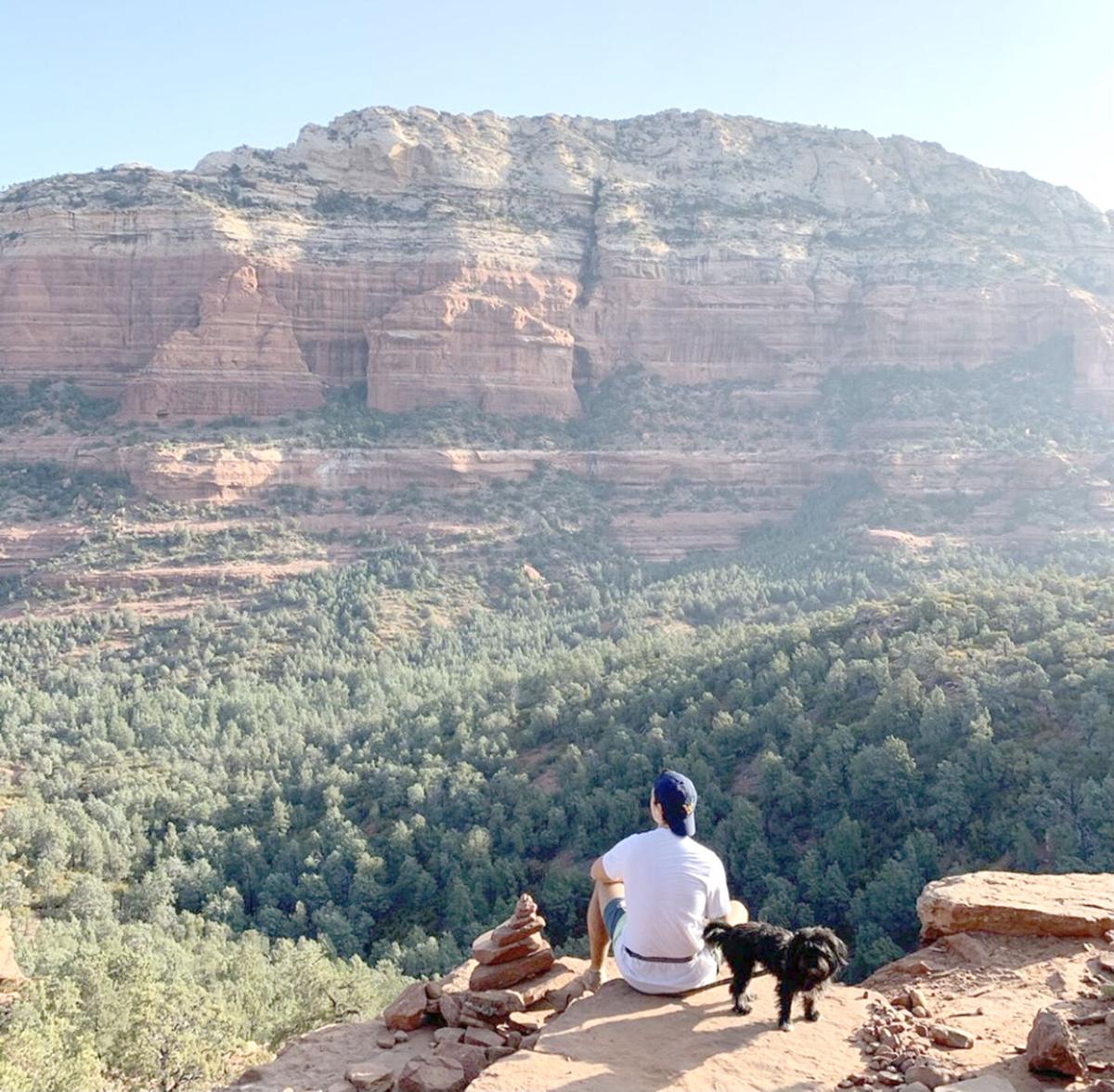 Slocum, Wylie and Gilly smile for a selfie at Badlands National Park.

Delta Lake at the Grand Teton National Park offered a stunning view to its visitors.

The 3 camped out in the Kings Range National Conservation Area.

Wylie poses with the Jeep that has taken her, Slocum and Gilly out west.

Wylie said she will “never get over” the size of the redwoods in Northern California.

Wylie and Slocum met with a good friend, Augusta native Forrest Moreland, to catch up.

Working remotely looks different for different people. For example, some folks might work exclusively from their bed; others, the kitchen; still others, the back deck.

Romney natives Caroline Wylie and Josh Slocum, however, decided this summer to work from home...on a cross-country road trip.

“We had been joking about the idea of not resigning our apartment lease for a couple of months,” Slocum explained. “When it became clear that we’d be working remotely for a while, it seemed like the perfect time to take off.”

And take off they did. On July 31, the couple left Romney with a few main stops in mind, but a very fluid itinerary.

“We have been adding stops and changing our route as we go,” said Wylie. For example, with the air quality in California being so poor due to the wildfires, they couldn’t spend as long as they wanted there and left sooner than planned.

Wylie and Slocum, though originally from Romney, both live and work in Boston, Mass. They are still working full-time in their respective positions, but with businesses worldwide sending their employees into remote working environments, the couple is clearly making the most of it, even if their departure meant some raised eyebrows from friends and family.

“We honestly didn’t tell a whole lot of people before leaving,” Slocum admitted. “Our family thought we were kind of crazy, and a lot of our friends asked if we had quit or been laid off from our jobs.”

Wylie added, “As people have found out, we’ve received a ton of interest about what and how we’re doing it, and a lot of excitement for us!”

Slocum pointed out because he and Wylie both are working during their trip, they can’t be totally off the grid.

“We need to have good Internet during the week,” Slocum said. “We generally have been getting AirBnBs during the week and camping near areas we want to hike from Friday to Sunday.”

Obviously, COVID-19’s cloud hangs over everything these days, and while their trip is no different, they’re making the best of it and being cautious, Wylie said. Their general route was planned to avoid any extremely cold temperatures; The 2 decided to take the northern route cross-country during the 1st half of the trip and on the return trip head through warmer states.

“We have, however, had a couple pretty cold mornings while in Montana and Northern California,” Wylie recalled. “It just makes me get up and move a little quicker!”

Despite the chilly mornings in Northern California, Wylie said that was one of her top spots to see on the trip so far.

“I will literally never get over how big the redwoods are,” she said. “We also got to do an amazing weekend backpacking trip to a remote beach in the Kings Range Conservation Area where I got to see the Pacific Ocean for the 1st time.”

Slocum added that even though the air was smoky, he enjoyed Delta Lake at Grand Tetons National Park.

“It’s a super-blue, amazing alpine lake that we got to swim in–it was freezing!” he said.

Their trip so far has been spotted with life lessons, the couple explained, including Wylie learning that it’s not a bad idea to have some extra gas for the Jeep.

‘While driving through Iowa, Josh made us stop and pick up a gas tank to have a safety stock,” she recounted. “That same night while I was driving, we ran out of gas because there were no open stations for miles. It definitely caught us by surprise.”

There was even a moment that “felt like the apocalypse,” Slocum said: while they were staying in San Francisco, they woke up one morning and the whole city was dark orange. The wind had shifted and shrouded the city with smoke.

When traveling, sometimes plans can change suddenly, or forces out of your control might affect the itinerary. Luckily, Wylie and Slocum’s travel philosophy is “go with the flow.”

“We always do research and have some ideas when we get to a new place, but some of our best experiences have come from chatting with local folks we’ve run into along the way,” Slocum said.

And, speaking of local folks to run into, while in California the couple met up with Forrest Moreland, an Augusta native, who was taking a weekend off fighting fires in the region with his team.

“I’m really happy that when Forrest probably needed R&R, he wanted to use his 1 weekend off from his crazy fire-fighting job to hang out with us,” added Wylie.

The couple recently also headed to White Sands National Park in New Mexico and will be spending about a month exploring different parts of Texas, including the Guadalupe Mountains before they return east around Thanksgiving.

Anyone interested in following their adventures can find them on their Instagram page (@3inajeep) to see where their journey takes them next.