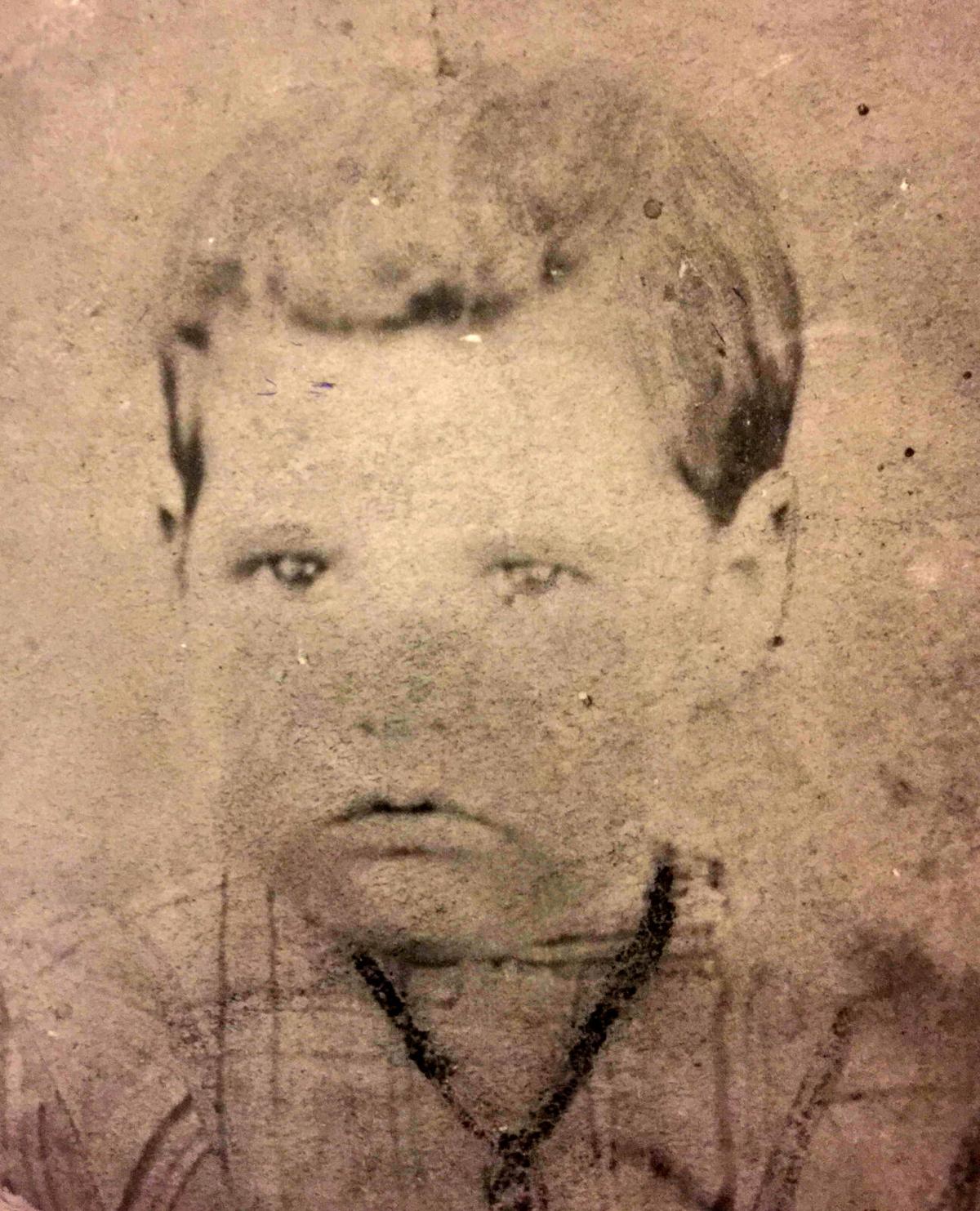 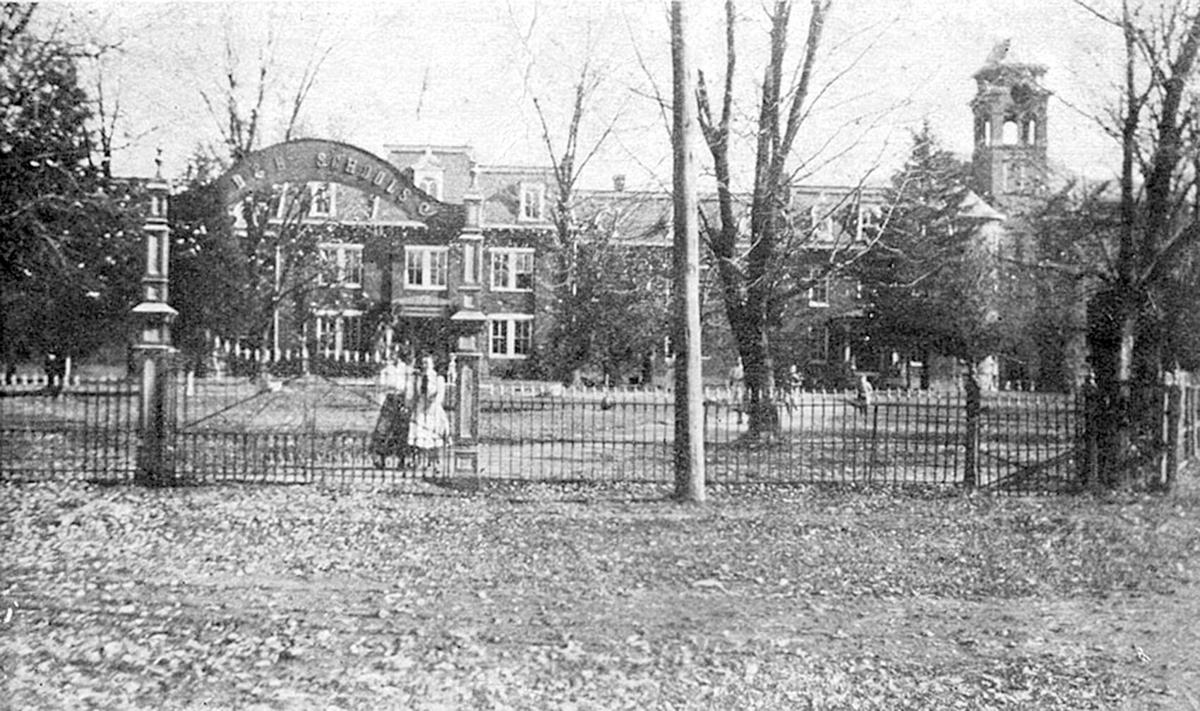 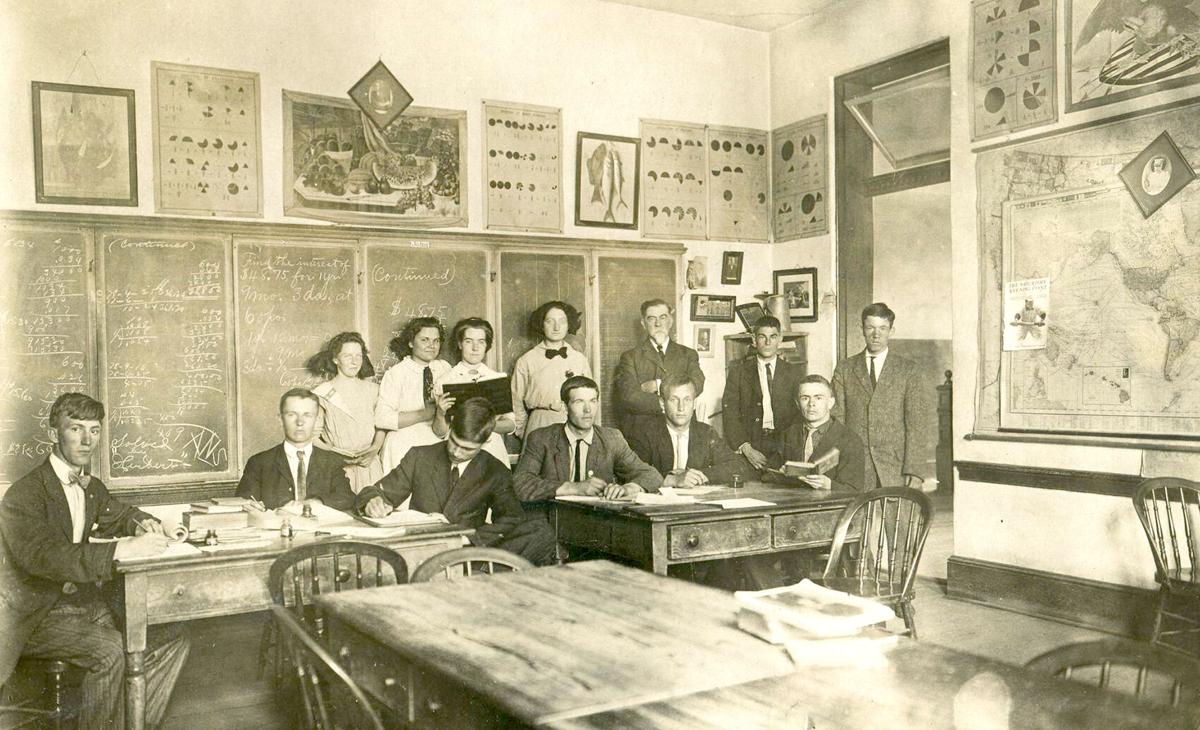 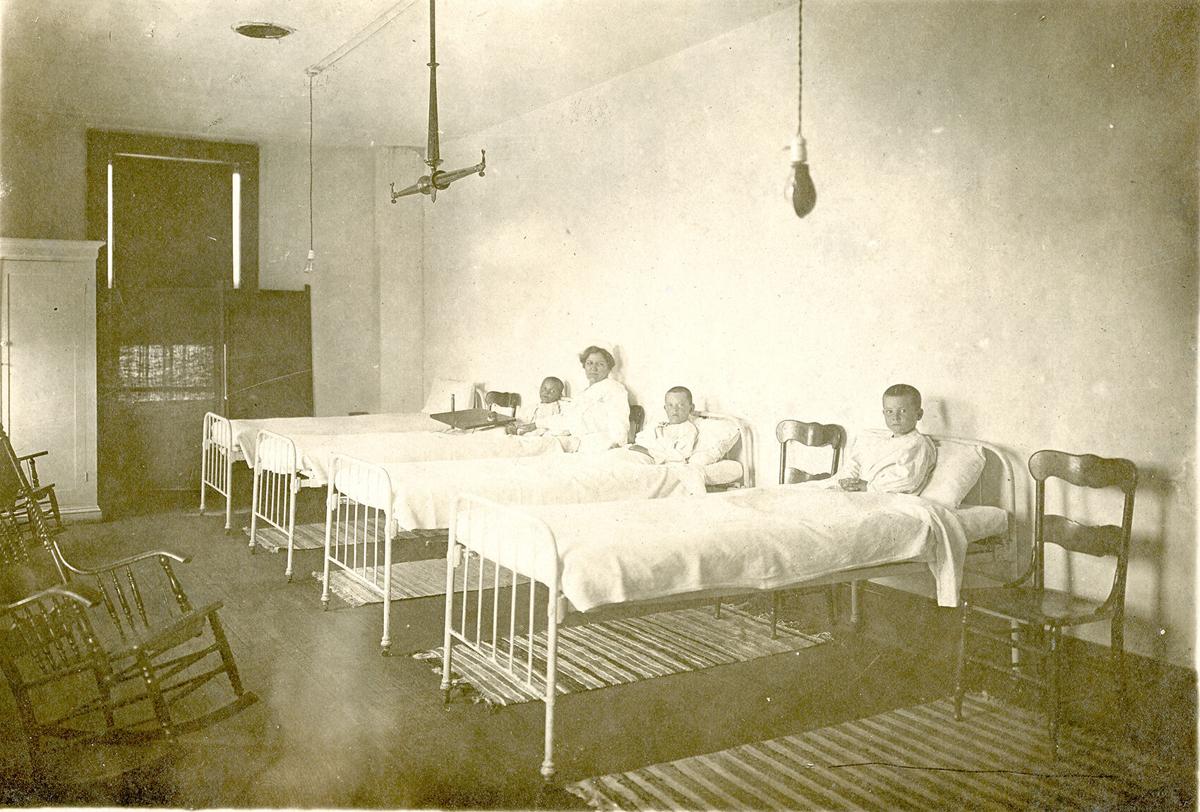 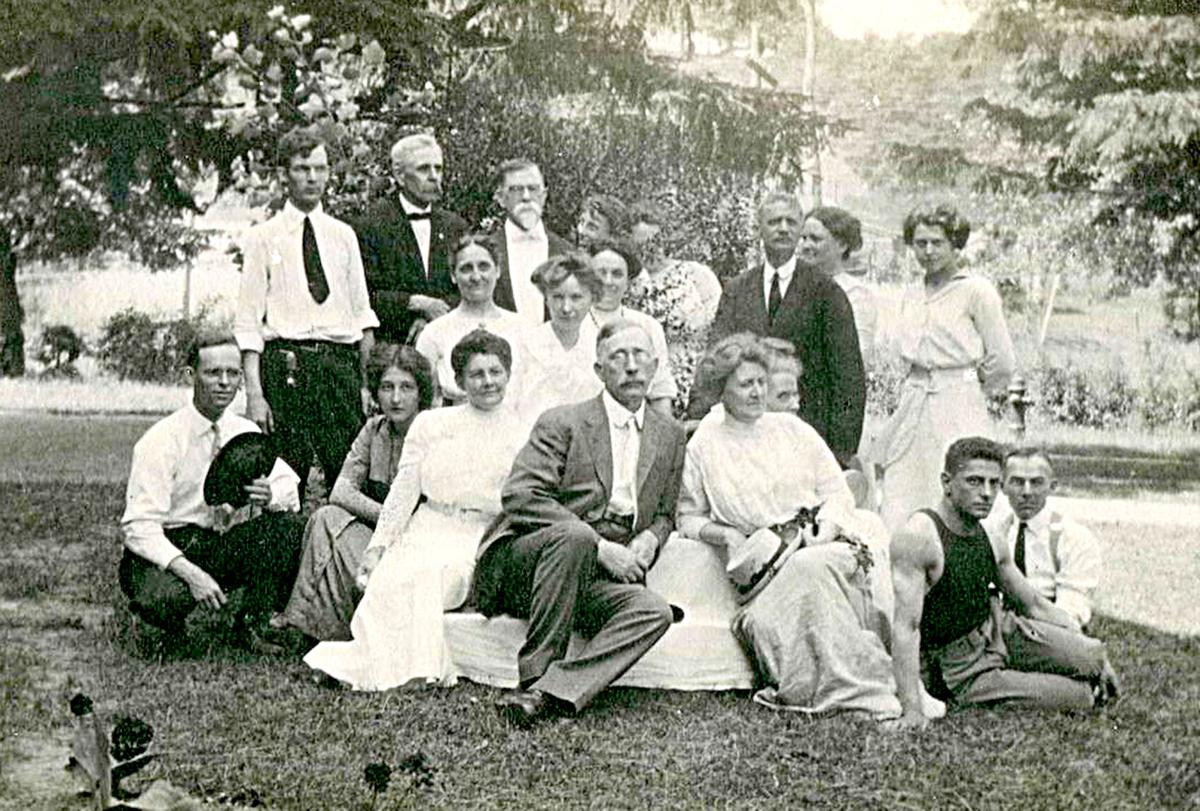 into student life a century ago

Talton Miller wasn’t born blind, but blindness brought him to Romney for critical years of his young life – and may have been a factor in his untimely death.

The McDowell County boy first came to the West Virginia Schools for the Deaf and the Blind for the September 1910 term at the age of 8.

Talton grew up in the Berwind community of McDowell County, the son of Jerome and Naomi Miller. His father was a carpenter in mines there owned by Henry Ford. Instruments of mining could be strewn anywhere.

When Talton was 5, while he was playing with other children, a dynamite cap exploded in a fire. “Both eyes were blown out,” says his student file at WVSDB.

Little else is known of Talton’s life in McDowell County. His niece, Sue Hardin, recalls her father, Talton’s younger brother, speaking of Talton holding his hand while he walked along a rail fence. He often smiled and thought how reckless that was, being guided by a blind boy.

Bringing Talton from the state’s southern reaches would have been an adventure.

Today, the trip to McDowell County takes about 6 hours of driving. In 1910, before cars were common in the state, wagons, carriages and trains would have been the primary source of transportation of students to come to the Romney school.

Early editions of the Tablet, WVSDB’s student newspaper from 1878 to 1988, often carried stories of students’ adventures of overnighting in a railway station, being taken in by strangers or being met by relatives for the night.

Factor in the schedule, which was rarely on time. Once students arrived into Romney, the school’s wagon would pick them up and deliver them to campus.

Once at the campus, instruction began immediately. There were self-contained classrooms and Talton was most likely assigned to the primary grade teacher, Miss Nettie Lucas, since he had not attended school previously. The 1910 April census showed he was not enrolled in school.

Braille would have been a priority for him since he was totally blind.

Talton learned both. He might have had a head start on violin because his father was a fiddler.

He was 1st mentioned in the Tablet on Feb. 13, 1915, as playing a violin solo for the Columbian Literary Society, a student group that had been around for about 15 years that promoted musical performances, recitations, debate and the discussion of student affairs.

Two weeks later Talton accompanied his classmates to Romney High School for a performance and debate, which was open to the public.

“Two violin solos, ‘April Smiles’ and ‘The Bohemian Girl’ were well rendered by Talton Miller and James Griffin,” the Tablet reported. “The climax came in the debate. The subject for the discussion was resolved, ‘That the United States should maintain a much larger army and navy.’”

It played at Romney’s New Century Hotel in February of 1918 for the Daughters of the Confederacy Silver Tea luncheon. It also played at the community sing the same year at Romney High School on April 15. They would often “motor” to surrounding towns to entertain the public.

Talton was mentioned in the Tablet many times when he received a package from home. Lists were printed in each issue, creating excitement in the school to see what each student received. Contents such as new shoes, a dollar bill or candy, created quite a stir among the student body. A student’s popularity could be increased based on the contents and willingness to share.

The June 5, 1915 Tablet states that Talton received a package. It also says, “Talton Miller is an exceedingly generous little boy. He says he is going to buy one of the girls a dollar’s worth of candy.”

Talton was present for one of the biggest events in the school’s history.

“The celebrated Helen Keller was a most welcome guest to our little mountain town. Everyone enjoyed Mrs. Macy’s (Anne Sullivan) lecture and when Miss Keller came on the stage, she was greeted with applause which she told us she could feel through her feet,” the June 1, 1916, Tablet reported.

But the 1st issue of the Tablet in Fall 1916 brought disturbing news.

“Everyone is sorry to lose Mr. Talton Miller from our number this year. We hear that his parents intend moving out of the state.”

Talton’s niece says she thinks Jerome lost his job, likely moving to North Carolina, where they had family.

Talton was absent for the 1916-1917 school year but returned for the Fall 1917 semester. He didn’t seem to have any trouble integrating himself back to the social and academic scene.

1917 and 1918 brought with it war in Europe: World War I. The school had been an active participant during wartime. They participated in rationing and the girls made clothing and other items, if requested, for the soldiers.

Talton and the other students from WVSDB were primed to celebrate the return of troops in May 1918. May 3 was a big day. A parade began at 1:30 p.m. and formed on the grounds of the institution.

The Romney Band played and Gov. John J. Cornwell spoke. Gov. Cornwell was always a friend to the school, living just across the street while he resided in Romney.

He gave the address from the front porch of the school, which was quite the honor for the institution.

At the start of the 1918 fall term, the Spanish flu epidemic came to the school. It was almost certain that Talton contracted it.

About 80 percent of the school’s population – 185 of the 220 students – had the disease within the first weeks.

“We are grieved to say that two of our bright girls at the School for the Deaf were unable to withstand the ravages of the disease and its complications of pneumonia which developed, and died after a very short illness,” the Oct. 15, 1918, Tablet reported.

They mention that the citizens of Romney were also affected by the disease. The girls, Lina Myrtle St. Clair of Wyoming County and Lottie Alee Brown of Greenbrier County were mourned in a funeral service held on campus. Both of their remains were sent home on the train with staff members Mr. R. H. Cookus and Mr. James W. Crawford, accompanying them home for a local burial.

A year later, the news was no less grim.

The Nov. 11, 1919 Tablet said, “We often see the hearse pass our school going to the country with a corpse. When we take a walk and go to the cemetery, we see many new graves there.”

In the spring of 1919, 8th-grader Talton wrote a short story for the Tablet called, “The Dog as a Friend.”

“When we come to think of the matter, we find that there is no truer friend than the dog,” it began. “When a person has plenty of money, he pretty generally has many friends! But as soon as it gives out, the friends are gone, too.

“The dog is not this kind of a friend. He stands by his master in riches and poverty! He will lick the hand when it has no food to offer.”

Before the summer break, the Tablet announced that Talton “is anticipating a very pleasant visit during the vacation with his relatives in North Carolina.”

The posting of the honor roll for students in attendance on Sept. 25, 1919 lists Talton Miller.

That’s the last listing for Talton in the Tablet. He was 17 years of age, and many of the students felt they were able to leave at that time.

Three years later, Talton Miller died at the age of 20. His niece, Sue Hardin, says she was told that her uncle died of a heart ailment related to his blindness. But since the blindness was accident related, it was probably another cause.

Sue Hardin has no idea where her uncle is buried. All she has is a poem written about Talton by his sister, Jestin “Jess” Miller Davidson.

A niece’s request sparks a journey of discovery

It was springtime when I saw you last

My name is Roger Miller and my dad, Howard Miller, was Talton's brother. My dad always told me that Talton had a girl friend and died of a broken heart. Talton is buried in Kimball, West Virginia, which is in McDowell County.