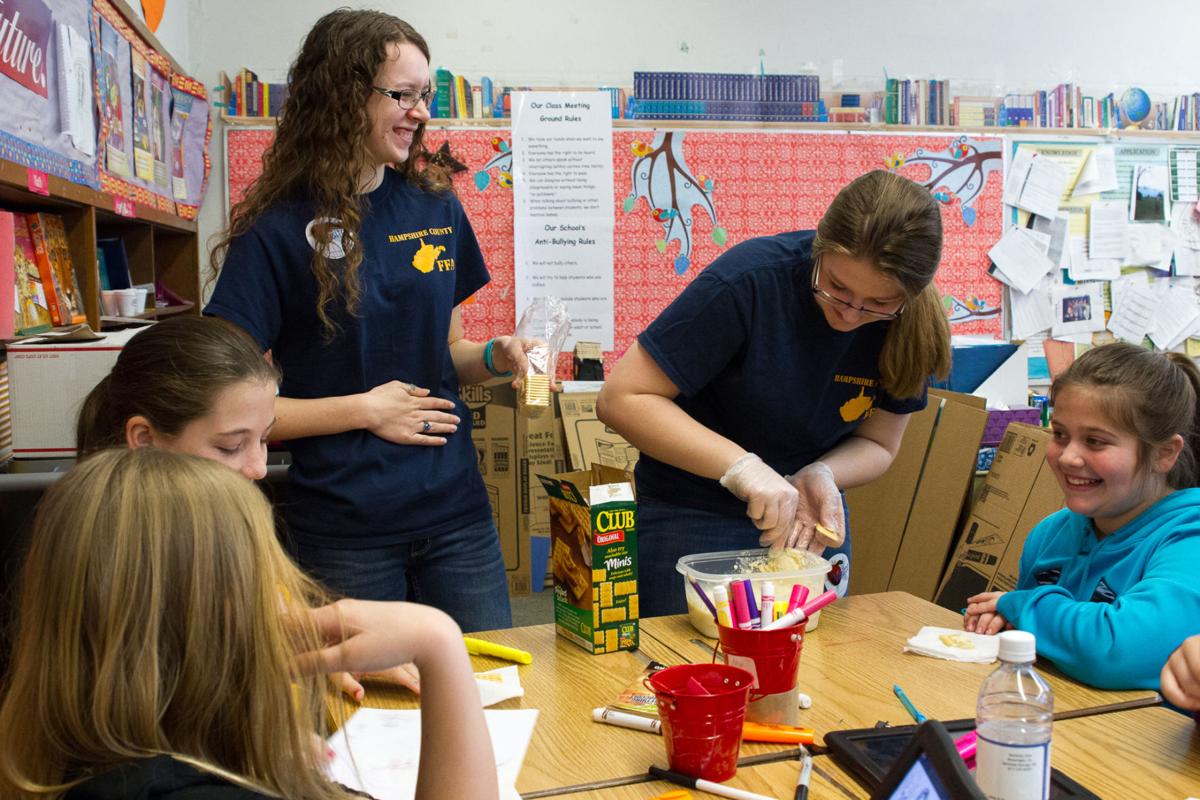 FFA students Madison Bohrer and Cora Alderman started passing out samples of their butter after showing students how to make it by hand with basic ingredients. 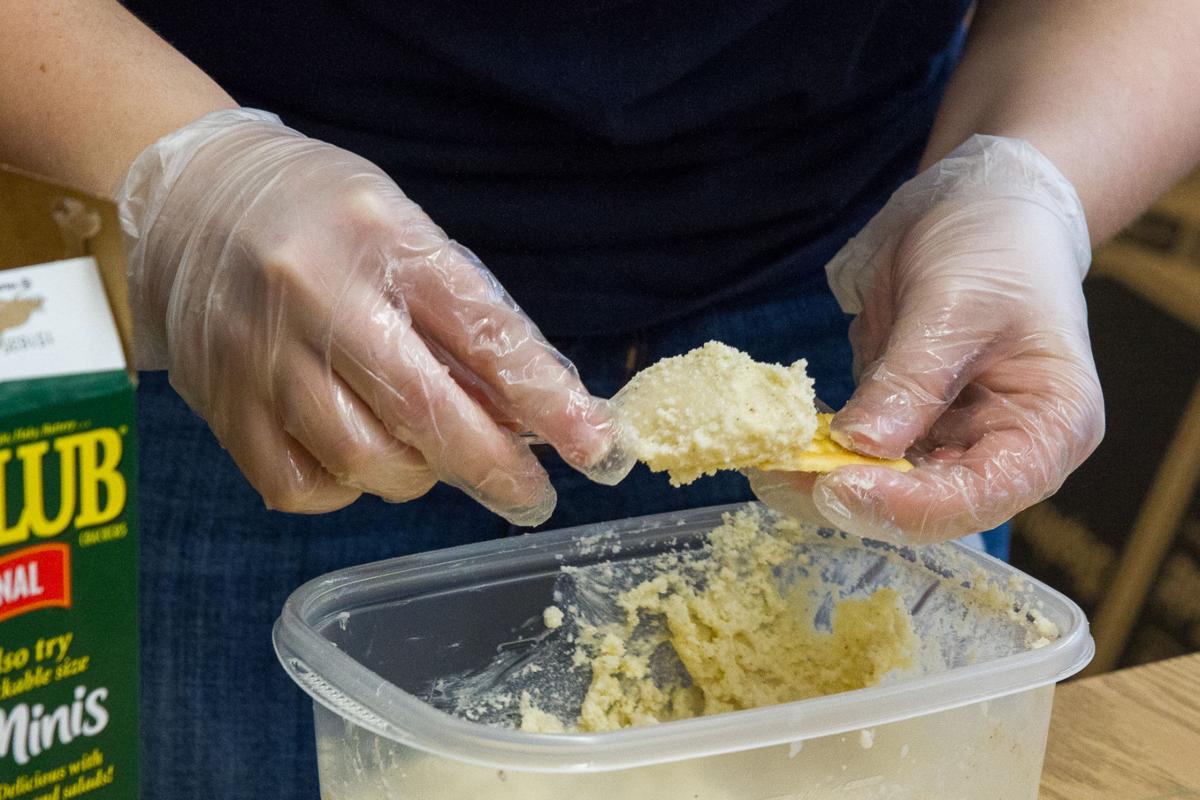 FFA students Madison Bohrer and Cora Alderman started passing out samples of their butter after showing students how to make it by hand with basic ingredients.

Giving “farm to table” a different meaning, a group of Hampshire High School FFA students visited Romney Elementary to share their knowledge of agriculture with the school’s 4th- and 5th-graders.

“To me, I think FFA is meant to teach people about agriculture and it’s not just what everybody thinks with farming because you have FFA chapters in New York and New Jersey and other big cities and they can’t have a cow in their apartment,” said Madison Bohrer, the group’s treasurer.

“They do all different kinds of things and there’s so many careers in the agriculture field that people don’t realize. It touches every part of the community.”

FFA members broke into groups to cover farming topics including vegetable gardening and farming as well as dairy products.

Different classes were given the opportunity to make their own butter that they later were able to try with crackers. Additionally, the classes also planted carrots as part of the first-hand experience they were being given by FFA students who attended.

“We took the time to fill out a grant so we could come to the elementary school to teach the kids about dairy and plants because we think it’s important that they know about agriculture,” Bohrer said.

Fellow FFA member Cora Alderman agreed with Bohrer that many have preconceived notions of food that fall short of fully understanding the large impact of farming.

Leading the pack, agriculture education teacher Lisa Moreland said she was proud of her students.

Along with Bohrer and Alderman were fellow FFA members Becca Kline and Megan Bane. Kline and Bane, along with their peers, both said that they enjoyed sharing their knowledge with the students.

“It makes me feel really good whenever we get to interact with the younger kids and we get to see their facial expressions,” said Kline who quickly garnered agreement. “The kids are our future,” added Bohrer.

“And I like to make them laugh,” said Bane who attended the event in a full-body dairy cow onesie. “Same” chuckled Bohrer, Alderman and Kline in unison as they agreed on how much fun they were having.

“I think it went really well,” said Bohrer. “The kids were involved. They listened to us and they seemed to enjoy what we were doing. Alderman agreed and noted students were already relatively knowledgeable based on a pretest Romney Elementary students took to gauge their agriculture awareness.

Along with the pretest and their live demonstrations, FFA students spoke to students about the importance of agriculture, what FFA does, and how to produce different foods such as butter and carrots.

“It was fantastic. They made butter and they talked about dairy cattle and the different uses of dairy,” said Romney Elementary 5th-grade teacher Jessica Barger.

“They said FFA was a family project and that they believe they’re a family that helps each other and supports each other in their activities and in their lives,” he said. o