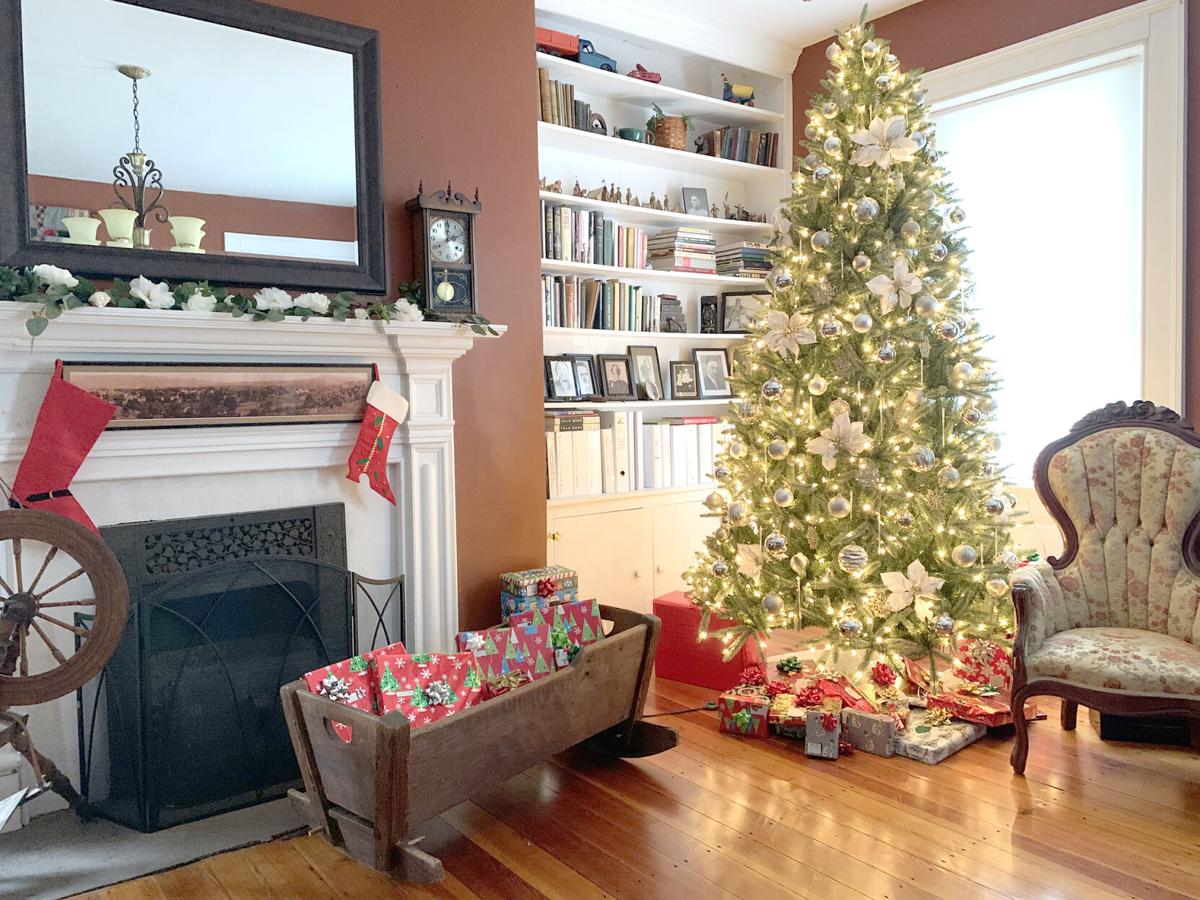 The sitting room at Hickory Grove glows in the light of the Christmas tree. 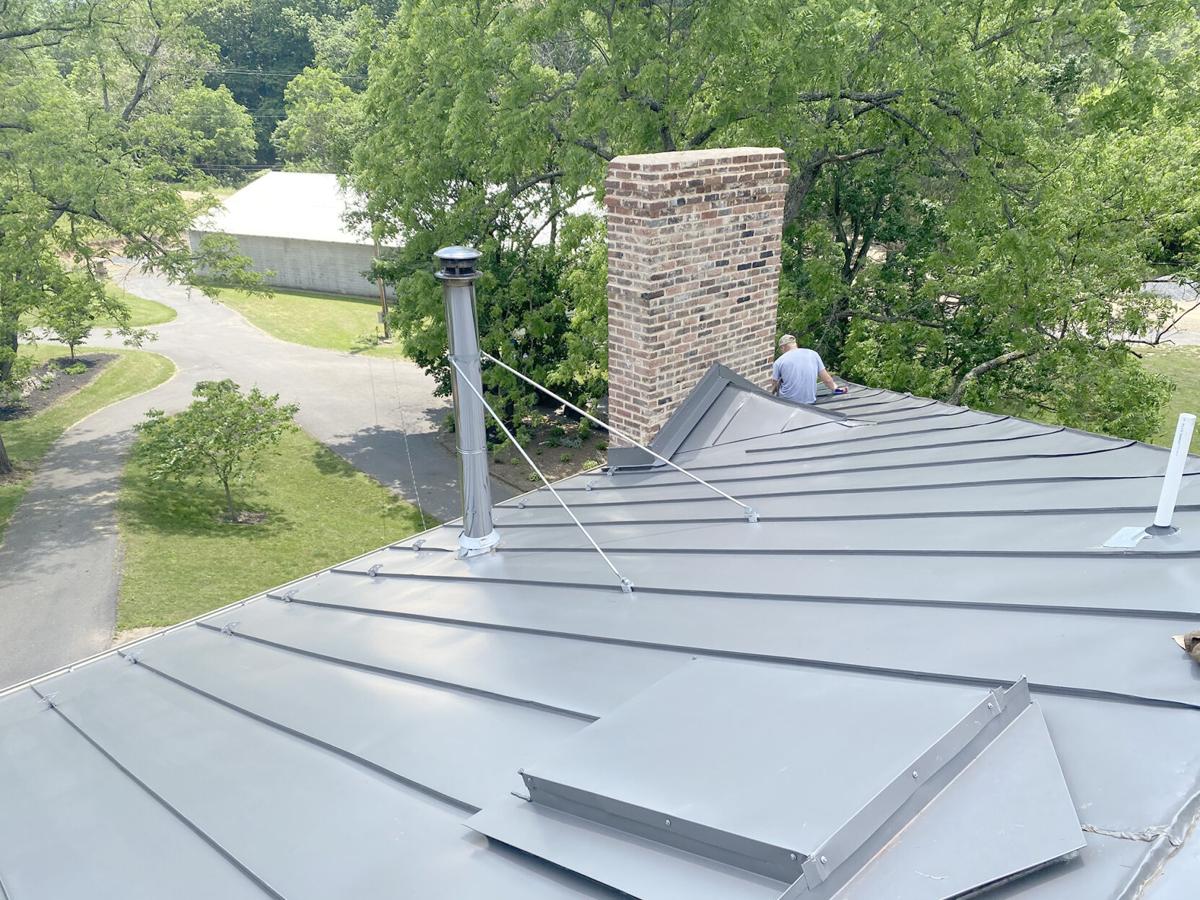 The new roof at Hickory Grove was completed in June. 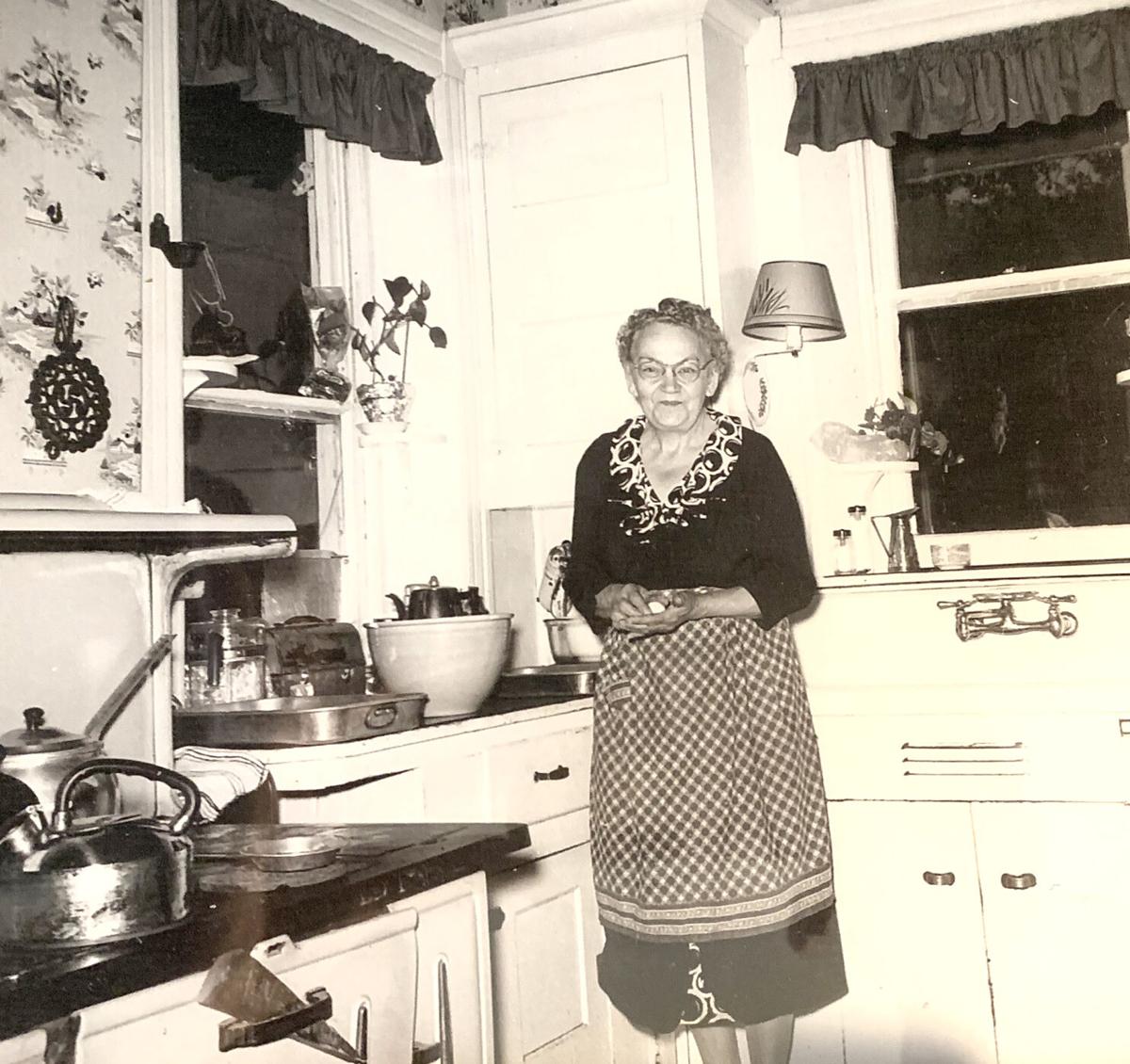 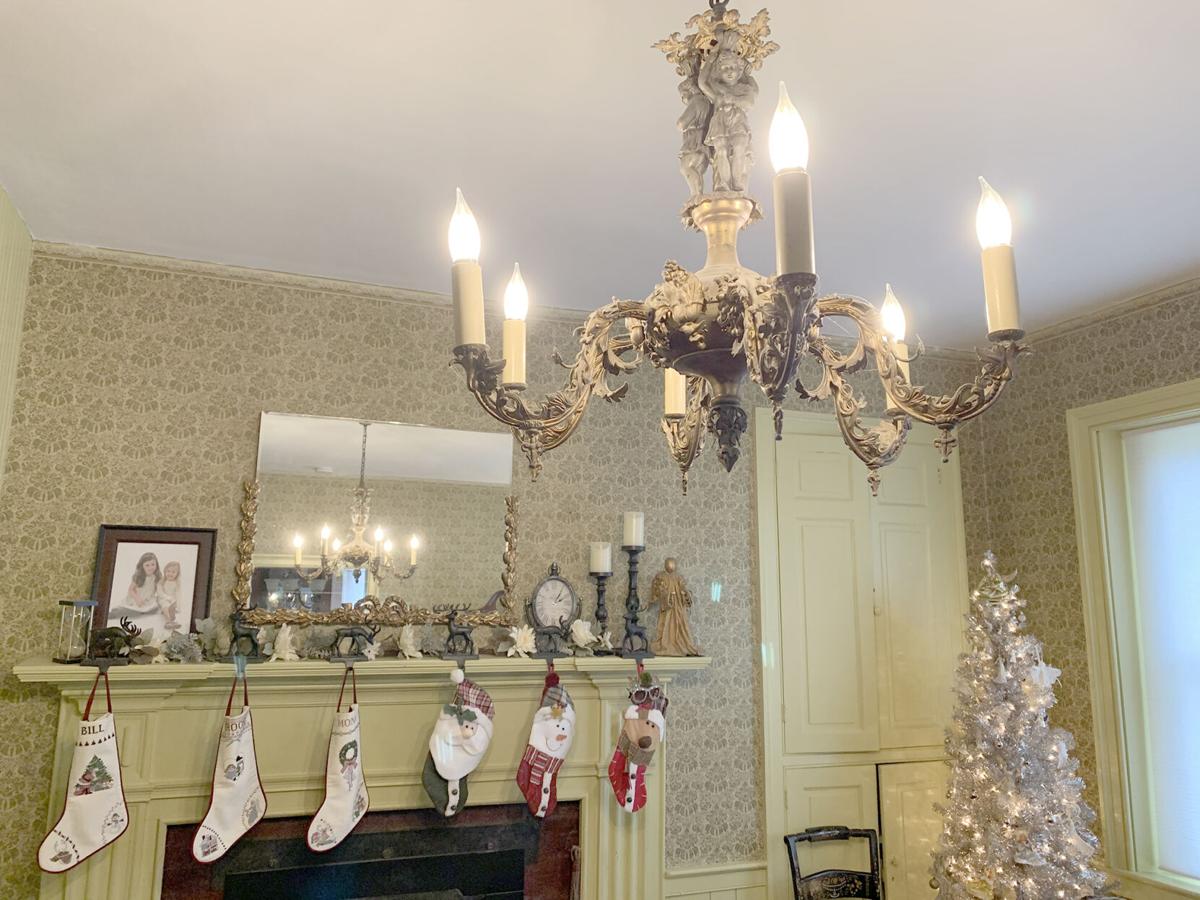 An ornate chandelier hangs from the ceiling in the parlor. 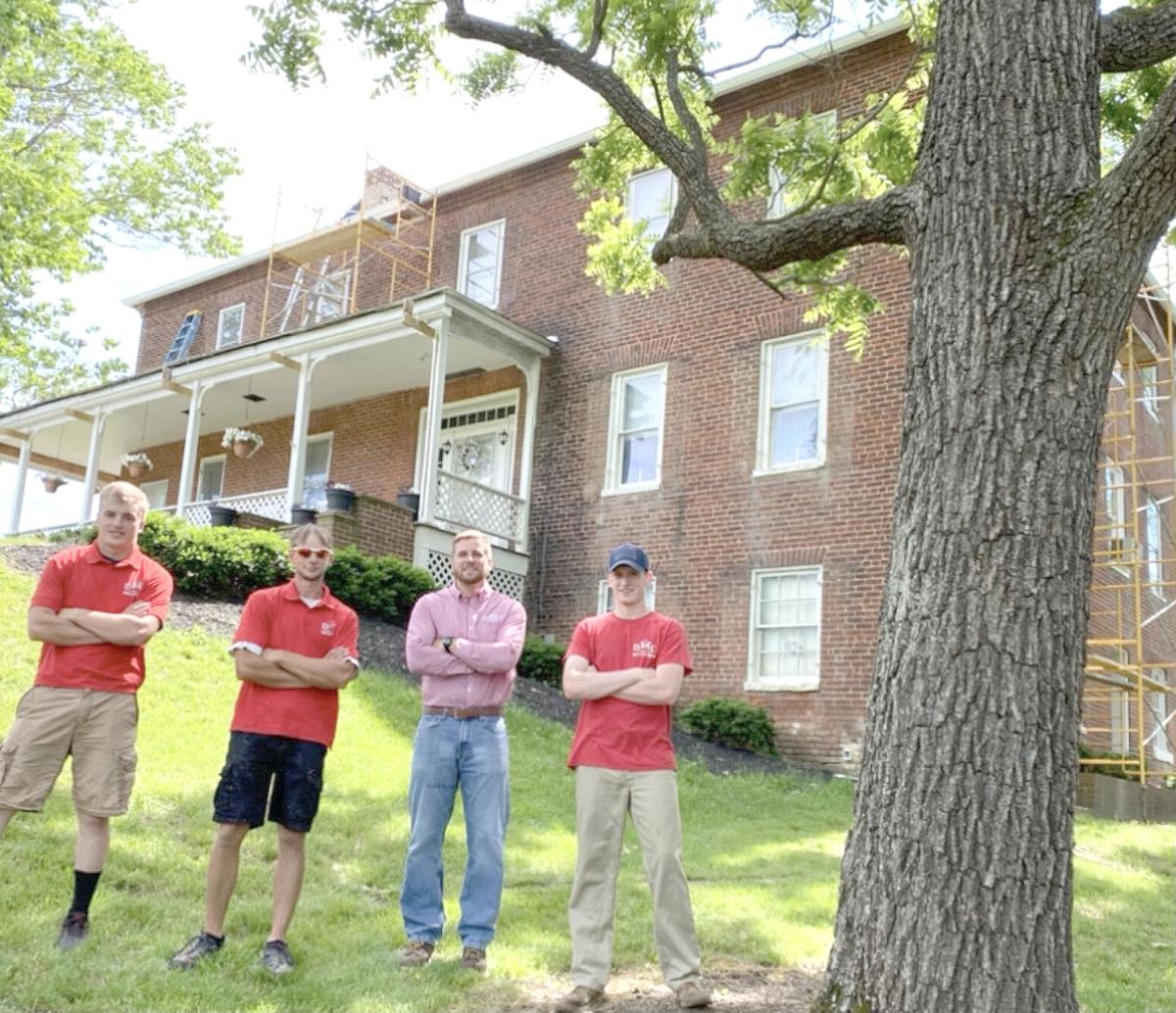 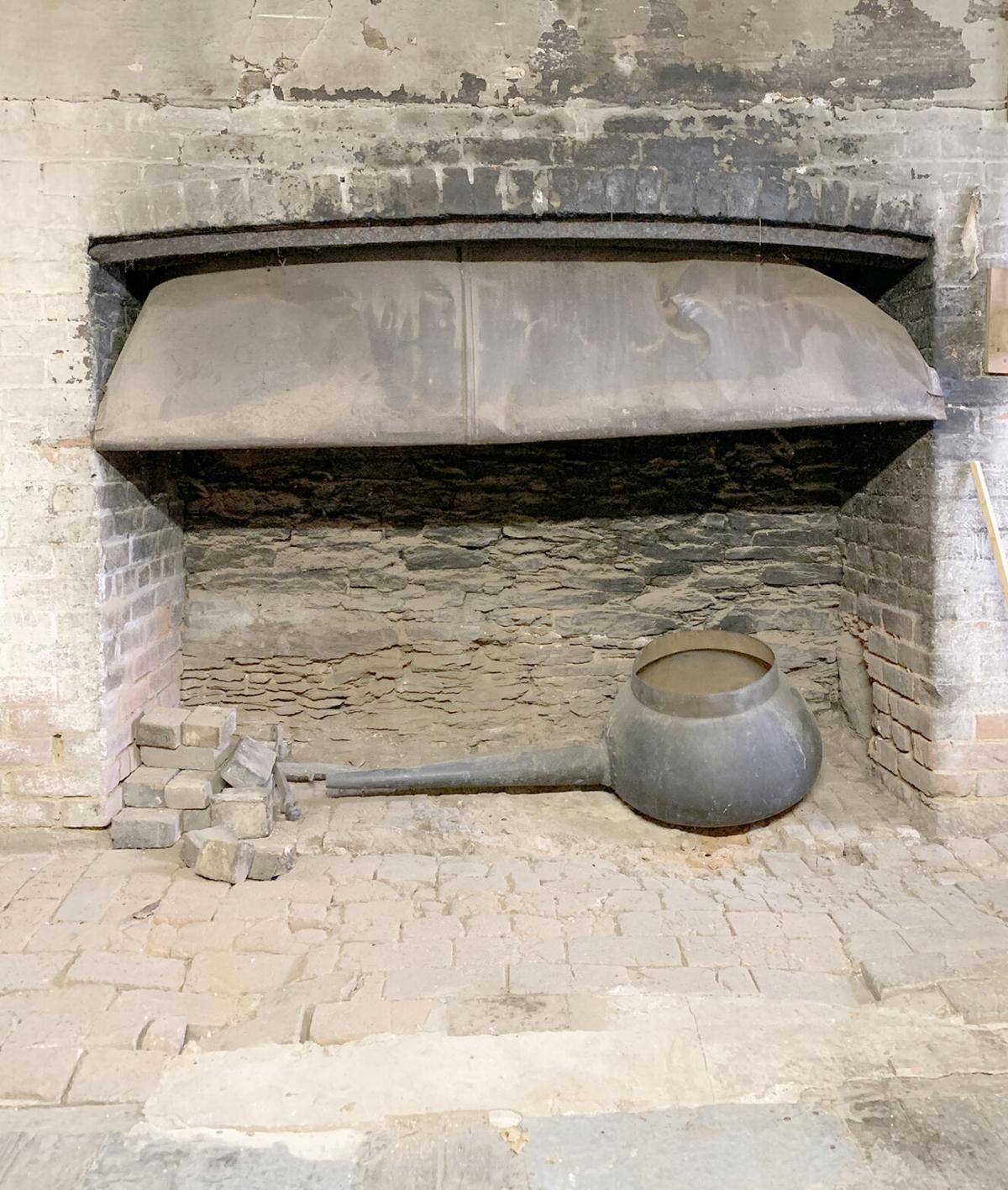 In the basement at Hickory Grove is a large fireplace from the original structure. 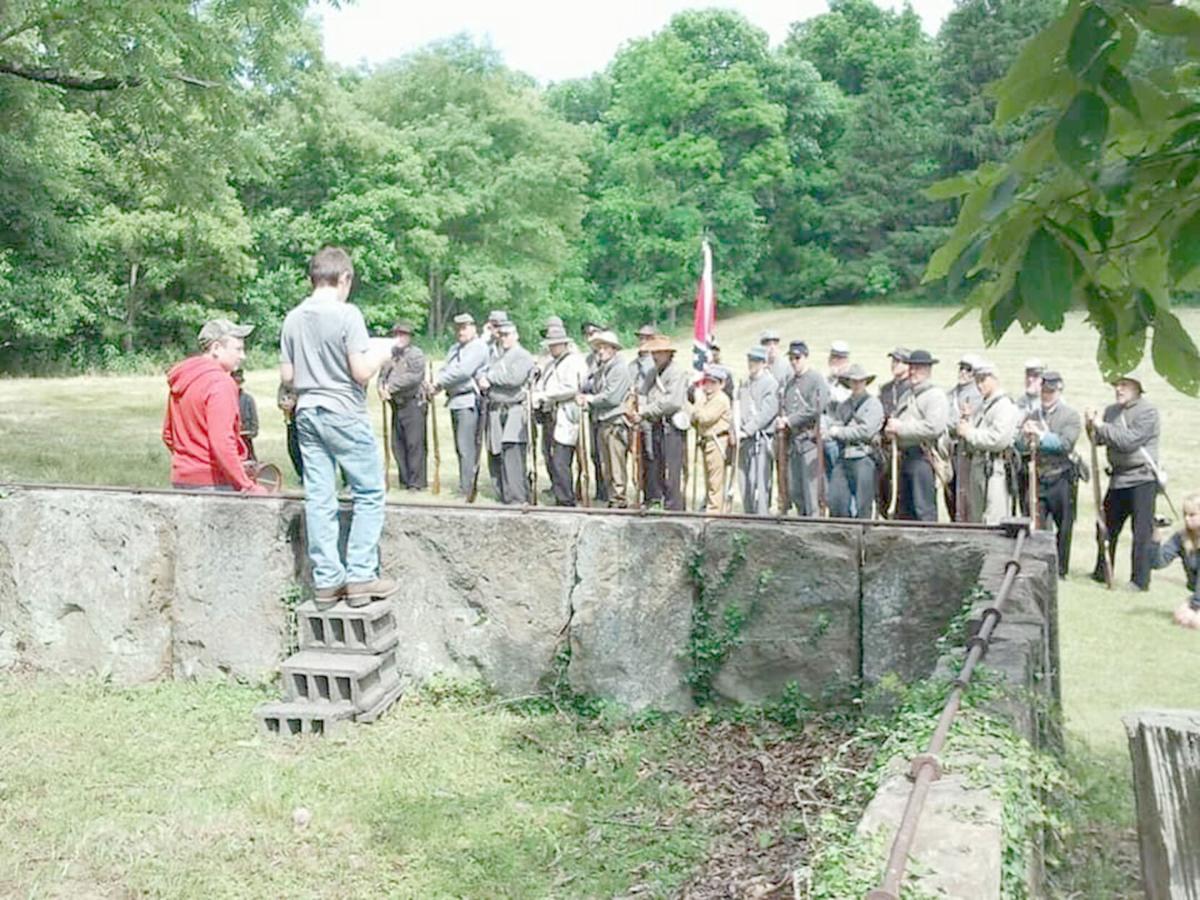 In 2012, Gage Stump read his report about Capt. George Stump to Civil War reenactors on the property. Pictured with his cousin Colton Corbin, the boys are now in their 20s. 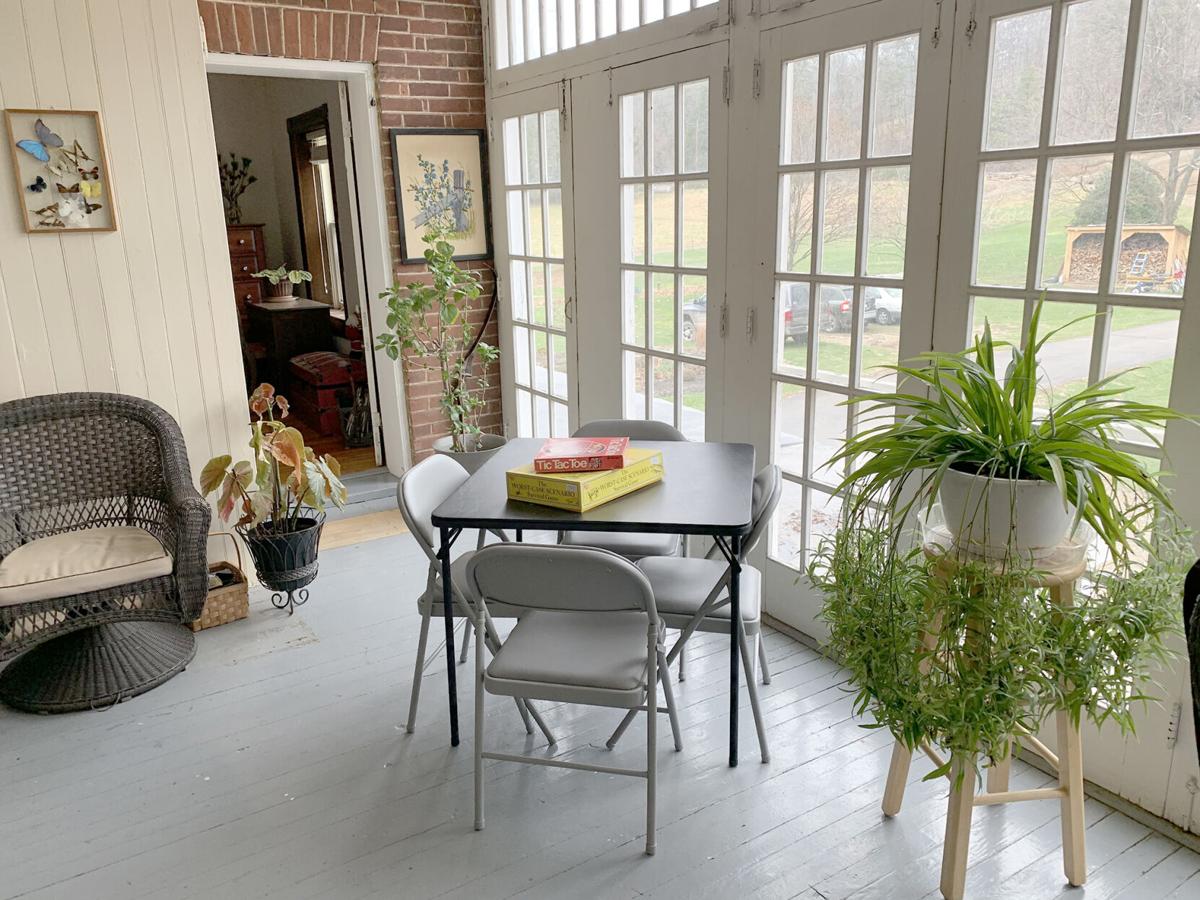 The sunroom in the house used to be a porch.

The sitting room at Hickory Grove glows in the light of the Christmas tree.

The new roof at Hickory Grove was completed in June.

An ornate chandelier hangs from the ceiling in the parlor.

In the basement at Hickory Grove is a large fireplace from the original structure.

In 2012, Gage Stump read his report about Capt. George Stump to Civil War reenactors on the property. Pictured with his cousin Colton Corbin, the boys are now in their 20s.

The sunroom in the house used to be a porch.

ROMNEY – About a mile down River Road in Romney sits an impressive brick house, a stoic part of the South Branch landscape, and after undergoing work such as a new roof this summer, new life has been brought to the home.

The house, historically referred to as Hickory Grove, has been in the Stump family for 6 generations, with 8 generations having spent time there. The current owner calls herself a “steward” of the Romney mainstay and hopes to pass it on to future generations.

The house itself is a historic goldmine, purchased by Adam See Stump from David Parsons in 1838. At the time, there was a log structure on the property, where now the 2nd part of the present house stands. Adam and his wife Mary Gregg Parsons were thought to have lived in the log building while the brick part of the building was under construction.

Different features of the house make the entire structure a historical timeline. For example, in the basement of the house, you can see some of the original flooring. One of the basement rooms was used to hang hams, and the salt from the hams eroded the brick floor. That erosion is still visible.

There are 16 flues in the house, 1 in almost every room. Some of the fireplaces are grander than others, but standing in front of any of them is like stepping back in time. In fact, most elements of the house conjure images of the past, even with work being done on many of the rooms.

One of the rooms, however, hasn’t been touched. With its pale green paint, unique wallpaper accents and detailed chandelier hanging above the room, you can close your eyes and almost imagine the sounds of Stump family Christmas parties of the past.

If you look out the dining room window, you can see the family cemetery. Five generations of Stump men are in that cemetery, including Captain George Stump, who was killed on the property in 1865.

With history whispering in every room of the house, there have been some modern additions, such as the roof replacement this spring. Completed in June, the roof replacement was spearheaded by DHC Construction, but it wasn’t actually the 1st time a new roof has been installed on the Stump house. In 1877, William B. Stump added a new roof that covered both the original structure and the brick building that was added on the property.

The metal roof was installed this summer with an anvil and mallets, the same way it would have been done in the 1870s, and the 4 chimneys on the structure were removed and reconstructed from the roofline up.

That roof was almost 150 years old when it was replaced this summer, with money awarded to the owners of the property from the state, since the house is one of nearly 30 Hampshire County locations on the National Register of Historic Places. From the time the owners of Hickory Grove applied for the state grant to fund the roof to the roof’s completion, the project took about a year and a half.

Though the house is a picturesque structure year-round, having it decorated for Christmas adds an additional sense of warmth to the halls. There’s a huge Christmas tree in one of the sitting rooms, and a “snowman tree” in another, which won’t come down until spring.

With so much greenery and holiday glitter in the décor, one might not notice one of the more unassuming elements of wall décor.

Hanging in the kitchen is a black and white photo of an elderly woman, taken on a Sunday afternoon in 1950. She is standing, apron-clad, in that same kitchen, smiling and making cinnamon rolls. She was a part of the 4th generation of the Stump family to live there.

She is Aunt Jean, and she was the glue that held the household together at that home for a very long time.

Aunt Jean was unmarried, but had that time’s equivalent of an education degree. She raised chickens, sold eggs and cooked for the family, and she died when she was 96.

The owner of the house and her mother have worked to preserve the thoughts, words and photographs of the past residents and visitors of the house, saved in binders in the sitting room, right underneath a smattering of family photos: generations of Stumps that have watched the house adapt to modern times.

With COVID-19 numbers high, the owners aren’t opening their home to history-loving guests right now, but they hope to be back to sharing the stories of Hickory Grove soon.

After all, with 6 generations of history in that house, there are lots of stories to tell.