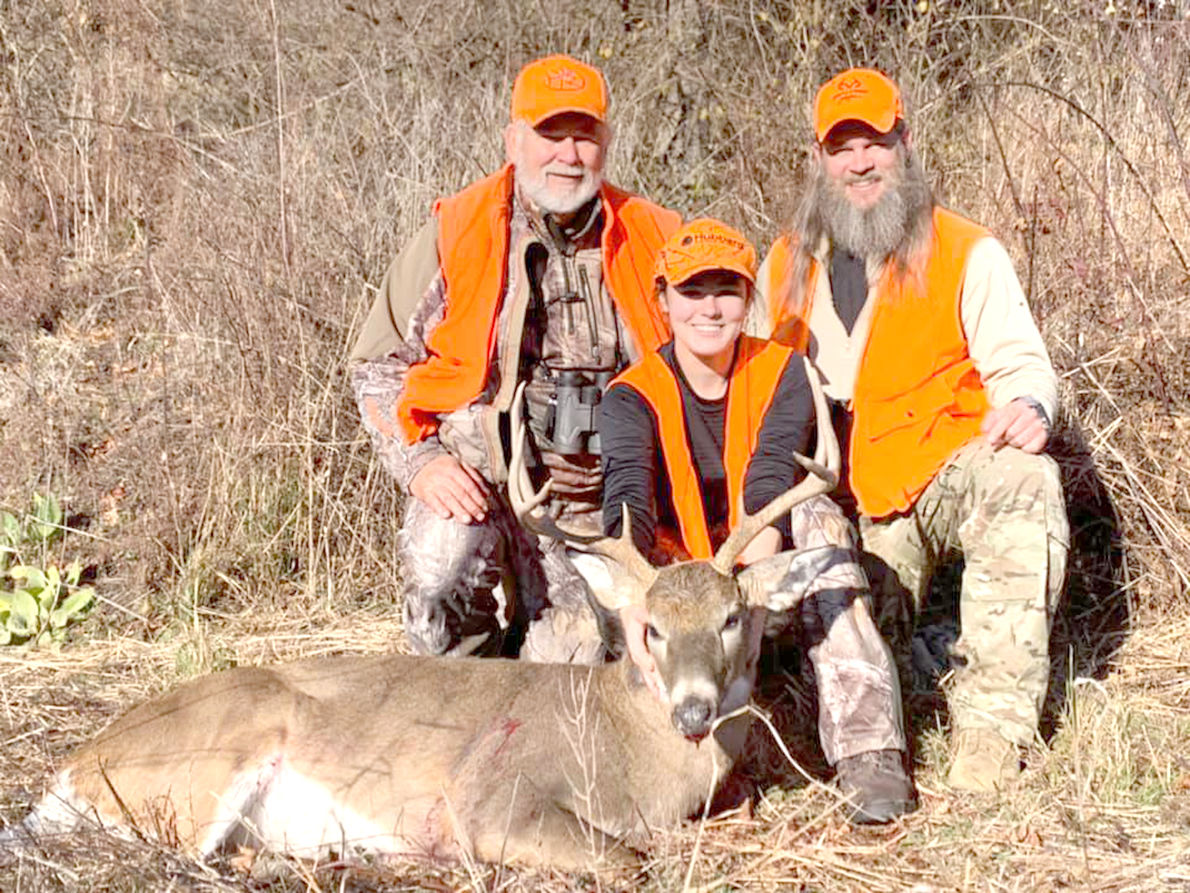 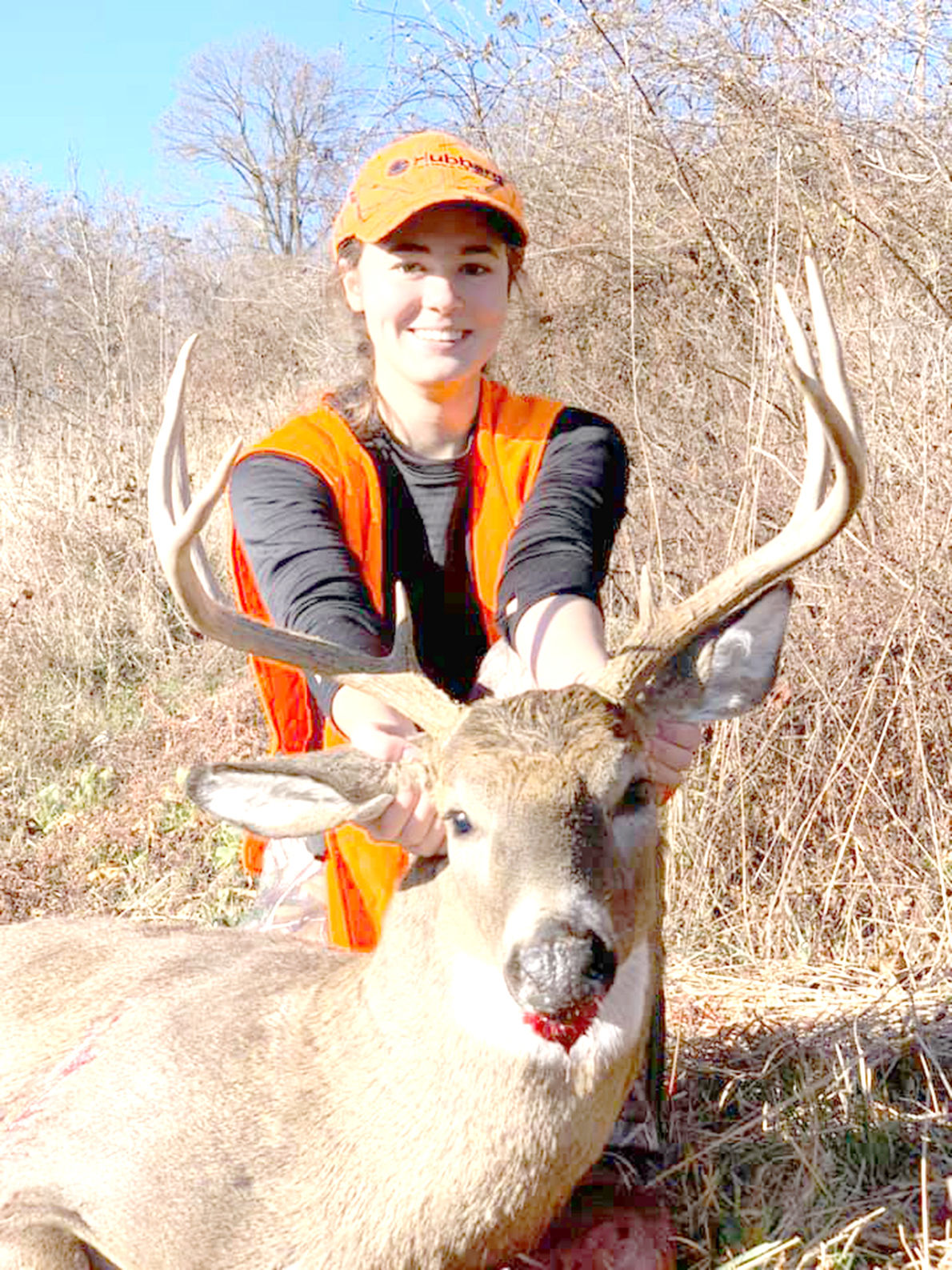 Taryn Grapes marks a family tradition with her 8-point buck

For the Grapes family and many others, hunting is a widely celebrated, longtime tradition and one that, on Tuesday morning, resulted in the kill of maybe one of the biggest bucks seen on Romney Mountain.

Before the sun came up on Tuesday morning, it was a little bit chilly on Romney Mountain. Travis Grapes and his daughters Taryn and Renee had been up on the mountain since about 6:30 a.m.

Taryn, an 18-year-old freshman at Campbell University, shot a buck on the mountain that clocked in at about 150 pounds, estimated Travis.

“The buck was about 140, maybe 150 yards away when she shot it,” Travis recounted. “It was the biggest deer I’ve ever seen come off Romney Mountain.”

Taryn and her 15-year-old sister Renee said that they have been out in the woods in the hunting environment since before they could even hunt themselves.

“I remember I used to sit out in the woods, flipping through National Geographic magazines or something, while my parents hunted,” Taryn recalled.

Taryn didn’t need any reading materials Tuesday morning, however. After being up on the mountain for over 4 hours with no real movement, she ended up with an 8-point buck with a 17” spread.

Travis says that his rule has always been that if you shoot it, you have to take care of it all the way through.

“It’s a family tradition to put blood on your face from your first buck,” explained Renee. Renee shot her first buck Monday morning, and according to her father, she “shot it at 7:04 and was ready to be home by 7:15.”

Renee’s kill Monday morning was not as big as Taryn’s, but still a nice 3-point buck with extremely tall tines. Travis said that both of his daughters are “great shots.”

“I just like how we all get together and discuss our hunts,” Renee said. “It’s our family time together. It really involves everyone.”

“Now that I’m older, it’s a real treat and special for me,” Taryn added. “It’s a camaraderie thing.”

Travis said that hunting has always been an important tradition for him and his family, including his wife Denise, who didn’t come from a hunting family.

“This is annual for us. I left Hampshire in 1993, but I try to come back as often as possible,” Travis said. “I grew up doing this with Dad and Granddad and all of his buddies.”